3 Living Vehicle 2022 Is Most Powerful Off-Grid Trailer in the World, Luxurious

The ideal vacation is one where you don’t have to say or think, “no, we can’t do that because we’re not in the right vehicle for that.” Man’s dreams of an amphibious camper go all the way back to the early ‘60s when a floating camper dubbed CaraBoat came to be.

August is Travel Month here on autoevolution and, with this occasion, we’re looking at the best, strangest and overall most awesome vehicles that you could take (ideally speaking) on the road for a vacation. The CaraBoat is the daddy of all these: the caravan slash boat that stunned the world, and showed a camper that could travel both on land and on water.

Amphibious vehicles were not as uncommon back in the day as they are now, when we’ve reconciled with the idea that, no matter what motivational books tell us, we can’t have the best of both worlds. They still exist today, like the Sealander we discussed last week, but their appeal is limited to a very specific type of client for whom monetary concerns are nonexistent.

In the early ‘60s, Creighton Caravans, a maker of campers, trailers and mobile homes near Nelson Lancashire, came up with the Creighton Gull, an amphibious camper that would deliver just that, “the best of both worlds.” Prices ranged from £440 to £875 ($611 to $1,215 at the current exchange rate, but $5,900 to $10,800 in today’s money), depending on the size and number of berths included. Still, it was on the affordable side.

In 1967, Creighton Gull was advertised on television sailing the River Thames at Henley, as the British Pathé video below shows. The next year, the same Creighton Gull was renamed CaraBoat, perhaps in a bid to attract more attention, because the new name was more obvious: “caravan” and “boat” combined. What could possibly be more enticing to the regular traveler than the promise of a towable that would work just as well on land as it did on water, providing maximum comfort for a couple or a small family, on the cheap?

Stanley Creighton, who designed the CaraBoat, knew there was a market for this kind of vehicle, and the number of inquiries he received confirmed that. Still, demand dwindled after a couple of years, and he went out of business.

The CaraBoat used a 6.5 hp outboard engine for propulsion on the water, and boasted an easy launch, as long as you had your waders on and you pushed it. The interior was basic but complete: you had a lounge slash dinette that could accommodate up to four people, a small kitchen, and perhaps a bathroom, though one is not shown in videos at the time. More importantly, you had the freedom to ditch the car and wander off on the canals for as long as you wanted, before having to come back to retrieve said vehicle, which could be a small one like the Triumph 2000 shown in the video.

Creighton’s business folded, but the idea sprung deep roots. In the ‘70s, naval architect John Askham created his own version of the CaraBoat, first with waterjet drive and an internal Lombardini 4-stroke engine, and then an outboard engine. Under 100 such vehicles were produced that decade, according to reports online, and the nearly double price tag must have had something to do with it. These two being small businesses, exact records are impossible to come by, but one thing is clear: there’s a CaraBoat club in the UK, with members exchanging information on recovered examples, how to restore and maintain them, and schedules for planned meetings on England’s canals.

CaraBoats, generically speaking, might have downsides, but they also have undeniable appeal. They’re still around today because they remain in production, although the name is not associated with the ‘60s version or the man who designed it. There’s a company in Australia selling various models of CaraBoat, with the newest launched last year.

CaraBoat’s campers are now bigger, with sleeping for four, and well-defined and equipped living areas, faster speeds thanks to dual outboard engines, a roof for tanning, an extendable platform that serves as a sundeck, solar panels, large water tanks (gray, dark and fresh), and plenty of storage to go sailing for longer stretches. You can still have tea in solitude, like the two Brits in the Creighton Gull video did, but you can also host a party of six in plenty of comfort, like you would on your own, tiny yacht. Which also drives on land. 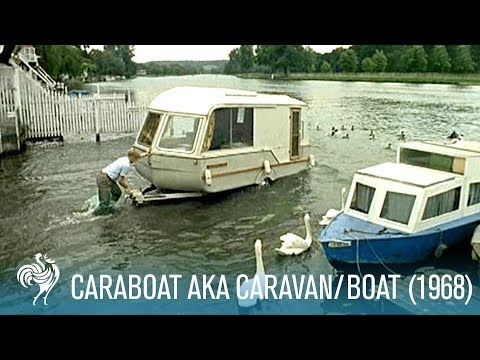 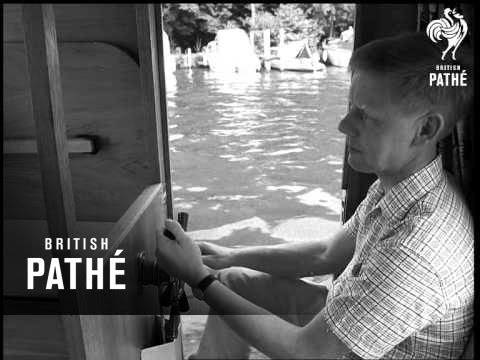 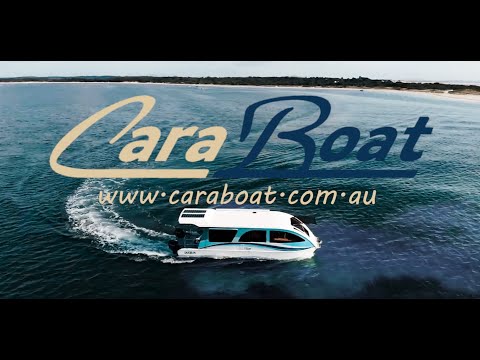