3 Anonymous Attacks Elon Musk for Crypto Manipulation, Pretty Much Everything Else

5 Ferrari F8 Tributo With Dogecoin Wrap Is Such Crypto, Very Musk
Car video reviews:
Up Next

The BeeVi Toilet Turns Poop Into Energy and Cryptocurrency

Human waste, bowel movement and everything related to “going number two” remains more or less taboo. That’s not to say that poop is completely useless.
6 photos

One professor at the Ulsan National Institute of Science and Technology (UNIST) in South Korea is not just putting all misconceptions aside for his latest project, but actually doing a bit of good in terms of offering clean energy. Cho Jae-Weon is an urban and environmental engineering professor at UNIST and the creator of the toilet that turns poop into energy and cryptocurrency.

It’s called BeeVi, which is a combination of “bee” and “vision,” and it’s been in use at UNIST for some time. As you can see in the video below, it was already in use when Reuters covered the topic early last month.

In simple terms, BeeVi takes poop and turns it into energy that powers appliances at the university, like a gas stove and a hot-water boiler. The toilet is waterless, so human waste is sucked by a vacuum pump into an underground tank. Here, microorganisms break down the waste, generating biogas with a high content of methane. The combustion of this biogas spins the blades of a turbine linked to a generator, which powers up these appliances.

In order to get more people to use it, the professor offers crypto rewards. Basically, a student that goes number two in it receives 10 Ggool (“honey”), the cryptocurrency he invented specifically for the project. The report doesn’t say how much one Ggool is worth, but whatever the students collect, they can spend at stores across campus, to buy stuff like bananas and seasonal fruit, freshly-brewed coffee, and books.

According to professor Jae-Weon, his toilet project is all about encouraging young people (but not only) to “think outside the box” when it comes to finding alternative and greener sources of energy. The value of feces is not to be ignored, he says. For instance, one single person’s daily contribution can generate 0.5kwh of electricity or be used to drive a car for about 1.2 km (0.75 miles), the professor says, which truly shines a new light on the stinky waste we’re so quick to flush down. 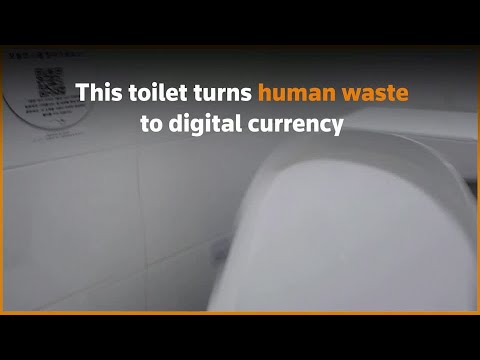