4 The Fascinating Unknown Cars of the 2019 Geneva Motor Show

The Aurus Senat Officially Goes Into Production, so You Too Can Roll Like Putin

Elena Gorgan
Three years after it was formally introduced to the public and eight years after it was announced, the Aurus Senat luxury sedan is becoming widely available. “Widely” is a relative term here since it will be a limited edition and a very expensive one at that, but at least civilians will be able to drive it.
26 photos

The Aurus Senat is also known as Putin’s limousine. It’s actually an entire line of luxury sedans comprising various body styles (normal wheelbase, long wheelbase, and two-door drop-top cabriolet) in either full armor and no armor at all, used by the Russian President himself. He turned the long-wheelbase version into his own Beast, showing it off for the first time at the 2018 Inauguration.

That the Senat would become publicly available was the plan all along since Putin is hellbent on promoting local makers and showing the rest of the world that he and Russia can do very well (thank you very much) without capitalist brands. At one point in 2019, orders for the Senat were possible, though there was no word on when deliveries would be made.

A new Reuters report notes that, as of May 31, 2021, the Senat has officially started production at the Aurus manufacturing plant in the town of Yelabuga in the Republic of Tatarstan. Production for the first year will only yield 200 or 300 luxury sedans, but the report doesn’t mention whether all body styles will be made right off the bat. It does say this, though: the most basic version starts at around $245,000. Aurus is making sure to put the “luxury” in the “luxury sedan” description alright.

The Aurus Senat, which has often been described as the baby of a Rolls-Royce Phantom and a Bentley Continental Flying Spur, is made by the Central Scientific Research Automobile and Automotive Engines Institute in Moscow (NAMI), with an engine supposedly developed with input from Bosch and Porsche.

The video below of the Aurus Senat uses the phrase “unique design” in the description. The video itself shows the contrary: the Senat is definitely a looker (and it’s flashy enough to be memorable), but there is truth to the joke that this is Rolls-Royce and Bentley’s out of wedlock child. 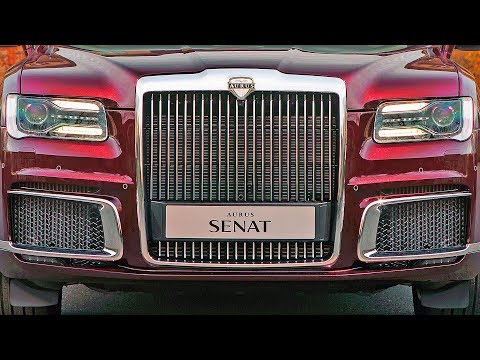