If you visit the Ampaire Inc. website, you’ll see the following statement: “Our mission is to be the world’s most trusted developer of practical, compelling electric aircraft.” Those are pretty bold words considering that we're talking about what is a essentially a startup that plans to take on the big players of the aircraft industry.

The Ampaire Electric EEL is a modified twin-engine Cessna 337 Skymaster, and currently flying with one combustion engine and one electric.

Even though this is not a fully electric plane, Ampaire CEO Kevin Noerteker has this to add, “The Cessna 337 modification is a first step. The next may be a hybrid or fully electric retrofit of a nine- to 19-passenger commuter/cargo aircraft. As batteries and powertrains mature, we will shift our focus to clean-sheet designs such as our nine-passenger, zero-emissions Tailwind concept."

And with that statement we can also realize the level at which this technology is currently able to function. It seems that we are currently only able to move small payloads and groups of up to ten people, if that.

Ampaire, or any other aircraft company for that matter, is limited by the technology we have available now. The biggest factor being batteries. Batteries currently weight a lot. For example, your average 12V car battery weighs about 40 pounds, and we have seen other concept planes with up to ten or more Li-ion batteries.

Omer Bar-Yohay, CEO of Eviation, a competitor for Ampaire, describes their own prototype for electric propulsion, the Alice, as a “huge battery with some plane painted on it.”

So, it seems we still have a bit to go before we can have a flight-time longer than 3-4 hours without feeling like a Duracell with wings.

Nonetheless, reports made on the EEL’s performance, show a 70-90 percent reduction in fuel consumption, and lower maintenance costs by up to 50 percent. But wait, there’s more! All of this happens with 60 percent less takeoff and landing noise, making the EEL perfect for quiet neighborhoods.

With those figures in mind Ampaire has teamed up with the Hawaii-based company Mokulele to do a little bit of island-hopping. Mokulele operates scheduled inter-island and charter flights amongst the Hawaiian Islands. This particular application for Ampaire seems to be perfect.

Island hopping doesn’t require exceptionally long distances to be traveled, making it perfect for routes such as these. Another benefit is the size of the groups traveling. Inter-island travel is usually done with small groups of people, mainly locals and vacationing families, making the EEL, with its six-passenger capacity, the prime candidate. And, let’s be honest, we would all love a little less noise when sipping our Sex on the Beach.

Now, don’t forget, folks, competition does exist, and it is a very tight race. Luckily, most rival companies have the same issues as Ampaire. Limited carrying capacity, and FAA clearances are always a tough hurdle to cross. Keep your eyes up for the next tested Ampaire concept, the Tailwind. 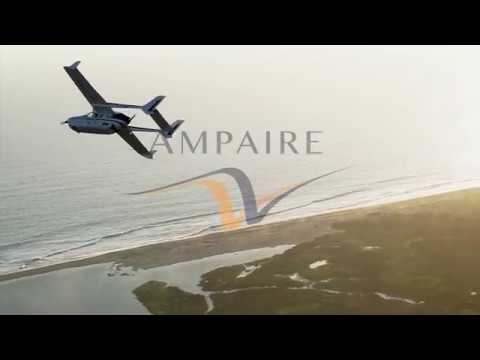 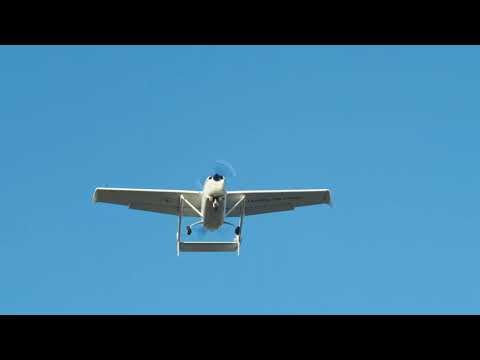