1 Volkswagen ID. Buzz Production Comes to a Screeching Halt Due to Battery Issue

5 Rimac Reveals Four Simple Steps Required for a Lucky Fan to Ride Shotgun in the Nevera
Car video reviews:
Up Next

Increasingly more automakers remove physical buttons from the dash. Volkswagen is one of them, but rather than employing a fully digital interface, the next-gen Amarok flaunts a few good ol’ buttons.
17 photos

The featured clip shows a selection of buttons on the lower end of the portrait-oriented touchscreen infotainment system. From left to right, we have a push button for the hazard lights, a volume dial, and an on/off button integrated into the volume dial. The remaining buttons can’t be identified from the teaser, but Volkswagen has been kind enough to detail all four.

Parking, air conditioning, and drive modes can be controlled in this fashion. Coincidentally, the next-gen Ford Ranger on which the Amarok is based also features a plethora of buttons right below its touchscreen. Rather than dismissing the German automaker for being a cheapskate, VW deserves a standing ovation for keeping all the essentials in physical form.

Described as premium although Volkswagen is anything but premium, the Amarok has been confirmed with numerous driver-assist systems, of which 20 are new to the mid-size pickup. The first generation sold in excess of 830,000 units worldwide, and the Wolfsburg-based automaker has very high expectations of the newcomer as well. To be revealed on July 7th, the all-new Amarok will be available as a four-door double cab in most countries. A handful of markets will also receive the two-door single cab.

Previously teased with IQ.Light matrix LED headlights, the Ranger’s twin will be offered with six- and ten-speed automatic transmissions developed by the Ford Motor Company. Under the hood, you’ll find four- and six-cylinder engines split between a handful of diesels and a gas-fed mill.

The 2.3-liter EcoBoost of the Ranger is the most likely culprit in regard to the latter. As for the diesel-fed lineup, the 2.0-liter EcoBlue in single- and bi-turbo forms kicks off the list. At the very top of the lineup, the 3.0-liter Power Stroke will replace the 3.0-liter TDI of the current-gen Amarok. 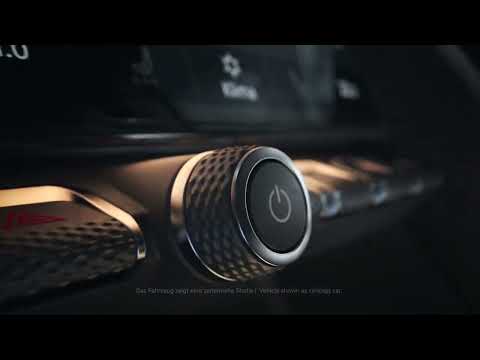