3 Rare 1979 Chevrolet Corvette Needs a New Engine, a Front Bumper, and a Lot of Love

On this episode of “Water Is Still Wet,” we’re told by Doug DeMuro that Chevrolet’s response to the Ford F-150 Raptor and Ram 1500 TRX isn’t up to snuff. The biggest issue with the Silverado 1500 ZR2 is the small-block V8, a free-breathing lump that doesn’t quite measure up to the twin-turbo EcoBoost powerplant and supercharged HEMI of the two rivals.
34 photos

Priced from nearly $70,000 as per the online configurator, the ZR2 belts out 420 horsepower and 460 pound-feet (624 Nm). By comparison, the Raptor is rocking 450 horsepower and 510 pound-feet (691 Nm). The king of the segment, however, is the gas-guzzling TRX with 702 horsepower and 650 pound-feet (881 Nm) on deck. Adding insult to injury, General Motors could’ve used the blown V8s from the LT family for the half-ton flagship.

“Being about the same price as the Raptor, it’s just a tough pill to swallow,” explains DeMuro. He further notes that smaller tires, lower ground clearance, and less power make the ZR2 an incredibly hard sell. “I think a lot of people love the Raptor. It’s had 10 years to build that love in the community, and this truck simply isn’t enough to come and take it down.”

Given these obvious limitations, the ZR2 ranks two points under the 2013 model year Ford F-150 Raptor on the Dougscore leaderboard. Off-road trucks that scored better also include the Jeep Wrangler 392, the 2021 and 2017 model year F-150 Raptor, Ram TRX, and zero-emission Rivian R1T.

Oh, dear! On the other hand, the ZR2 stands out in the Silverado 1500 crowd through its spool-valve dampers from Multimatic. These units replace the piston and shims of traditional dampers with spool valves. Initially developed for motorsport applications, DSSV technology went mainstream for the 2014 model year with the Chevrolet Camaro Z/28. Also worthy of note, Red Bull Racing won four titles on the trot on spool-valve dampers. 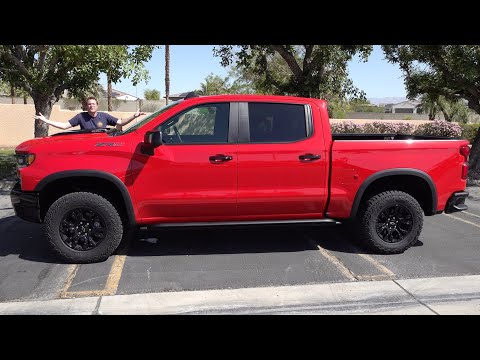