The 2017 Mercedes-Benz CLA and CLA Shooting Brake Are Here

Alex Oagana
Approximately three years after it went on sale and caused a bit of a storm in the premium compact sedan segment, the Mercedes-Benz CLA range has received a few subtle upgrades to keep it just as fresh as it was in the beginning.
51 photos

Even though the Shooting Brake and AMG versions were launched approximately a year later than the regular model, they too will get the same upgrades as the standard “four-door coupe.”

All-new bumpers front and rear, new alloy wheels, a diamond radiator grille in black fitted as standard and full LED headlights represent the main exterior updates. Unless we're talking about the AMG version, the look of the pre-facelift model is preserved almost intact, with only small details making a difference.

The CLA 45 has gone through a more substantial transformation, receiving much angrier front and rear bumpers, while a hardcore AMG Aerodynamics package makes the car seem derived from a DTM model.

On the inside, the regular CLA and CLA Shooting Brake models get new seat covers and trim parts, while most of the controls are now chrome-plated. The much-hated freestanding center display is now much slimmer and features a redesigned glass cover.

The optional LED High Performance headlights come together with taillights that have an automatic intensity control, which regulates their brightness in three stages.

As far as smartphone integration goes, all CLA models can be optionally equipped with a system that allows the integration and voice-operated control of Android and iPhones via Android Auto and Apple CarPlay.

Engine-wise, everything remains almost the same as before, apart from the addition of the CLA 220 4Matic and the CLA 180 d BlueEfficiency Edition. The 220 4Matic pairs a 2.0-liter turbocharged engine with 184 hp and 300 Nm (221.3 lb-ft) of torque with 4Matic all-wheel-drive.

The 180 d BlueEfficiency Edition features a Renault-sourced 1.5-liter turbodiesel with 109 hp and 260 Nm (191.8 lb-ft) of torque and it also includes specific modifications to the car to deliver an almost unbelievable fuel consumption. In the NEDC, the CLA 180 d BE can apparently achieve a combined fuel consumption of just 3.3 liters per 100 km (71.3 mpg).

In the United States, the only CLA available will remain the 250, 250 4Matic and the CLA 45 4MAtic, just as before, and there are no plans to bring the Shooting Brake as well. 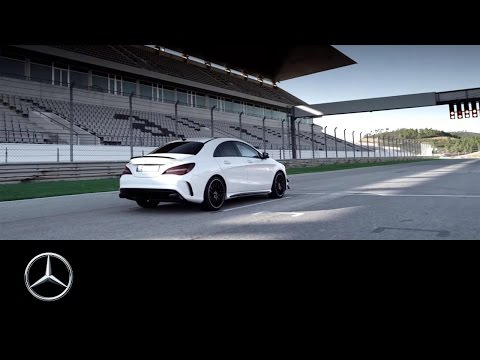