2 Star Citizen Kicks Off Invictus Launch Week 2952, Fly All Ships for Free Until May 31

'57 Hit Song "Peggy Sue" Memorabilia 1958 Chevy Impala Could Be Yours, No Reserve Auction

Home > News > Videogames
Cosmin Vasile
Star Citizen, the multiplayer space trading and combat simulation game developed by Cloud Imperium Games is a work in progress for more than 10 years. Although it’s been criticized because, despite not having a release date yet, the project still accepts pledges from those willing to pay to play small parts of the game.
7 photos

And what better way to attract more players than to offer “free days” of play? The so-called Ship Showdown annual event returns to Star Citizen this week and lets players fly some of the best ships in the game chosen by the community.

The Ship Showdown event is not just an opportunity for new players to get a taste of what Star Citizen has to offer, but it’s also a celebration where players vote for their favorite ships and vehicles available to fly in the game. Star Citizen players can vote once each day for their favorite participating ships, and the winning vehicle will be announced on September 15.

To celebrate the event, the folks at Cloud Imperium Games are now giving players free access to download and play Star Citizen, as well as free access to Ship Showdown’s Elite Eight ships for both new and existing pilots. The developers also announced that players who own any of the final four ships with the most votes might be in for some additional prizes including exclusive in-game paints and a challenge coin.

Keep in mind that the Star Citizen Ship Showdown Free Fly event starts today, September 8 at 10:00 am PST and will run through September 15. Finally, a referral bonus is active until September 19, which will grant a Consolidated Outland HoverQuad for free to both the referrer and referee. 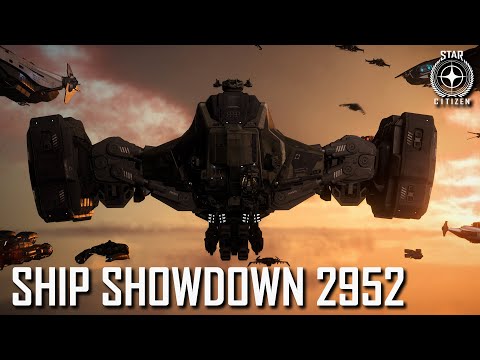