2 Daimler Trucks Executive: "If Tesla Semi Delivers, Something Has Passed Us By"

Tesla currently uses ICE vehicles for its mobile support team, and that's not exactly a situation the company must be happy with. After all, it's made it perfectly clear that its mission is to rid humanity of its reliance on fossil fuels, and there it is, burning it to get to the malfunctioning EVs.
1 photo
Any road transport associated with Tesla products would also be made using conventional diesel-powered trucks, which all adds to the actual carbon footprint of a Tesla car, despite its zero tailpipe emissions. That's probably one of the many things keeping Elon Musk away at night.

However, the company is about to solve the problem by introducing the Tesla Semi electric heavy-duty truck. First presented in November still bearing the "prototype" status, the Semi has since been spotted a few times out on the road, either minding its own business or putting that tremendous acceleration to work.

Now, though, the battery-powered truck has been seen on the highway connecting its Fremont plant in California to the Gigafactory in Nevada. The Semi wasn't towing a trailer, but this might have been one of the first tentative tests for one of the truck's declared purposes: transporting things back and forth between Tesla's two facilities.

It's almost as if the truck was custom-made for this job. The distance between the two is just under 260 miles, meaning the standard version of the truck will have no problem making a one-way trip on one charge, while the long-range model should be able to return as well before requiring a plug.

With 300 and 500 miles of range (fully loaded), the Semi would definitely spare Tesla from having to use fossil fuel-powered heavy-duty vehicles in the future. That is if Elon Musk doesn't go through with its other plan of having the Boring Company dig a tunnel between the two, though that might take some time. 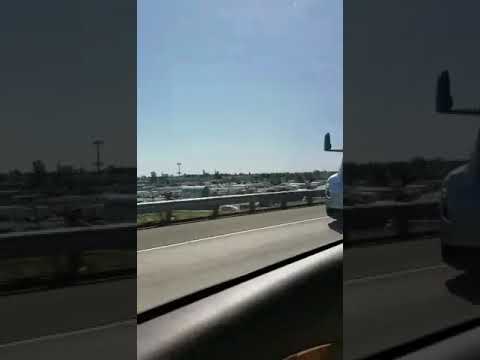