A very short video, indeed, but a video nonetheless. One showing a prototype of Tesla's “safest, most comfortable truck ever” driving down a suburban road (in Sunnyvale, California, according to Forbes), wearing its matte black paint and the company's active carrier identifier of its side.
1 photo
The video was captured by YouTube user Brandon Camargo and posted online last week. It may not be the first such clip showing real versions of Tesla's electric semi, but it may show the first Semi to be used by the carmaker as part of its own fleet. As we said, that's because on the right side of the truck we can see Tesla's USDOT active carrier operating number.

There is no official release date for the Semi yet, but Elon Musk is hopeful the truck will go into production by 2019. To help speed up start of production, those interested can already reserve Tesla's Semi either by paying up front $200,000 for the Founder Series or by making a $20.000 reservation and then wait, and wait, and wait for delivery.

All that wait may be worth it, though. Tesla says its Semi will be able to hit 60 mph (96 km/h) in 20 seconds when fully loaded. Just to be able to understand those figures, an average class 8 truck (just as the Semi) can carry up to 80.000 lbs (36 tons) of cargo and can accelerate to 60 mph in about a minute, give or take.

Even more, Elon Musk's truck is supposed to be able to climb up 5% grade (2.86 degrees slope) at a maximum of 60 mph, aided by the 4 independent motors mounted on the rear axle.

As for the money to be saved on fuel on using the Semi, Tesla claims that its 300 to 500 miles range (the truck will be available in two battery versions) can save owners some $200,000 over a period of two years. 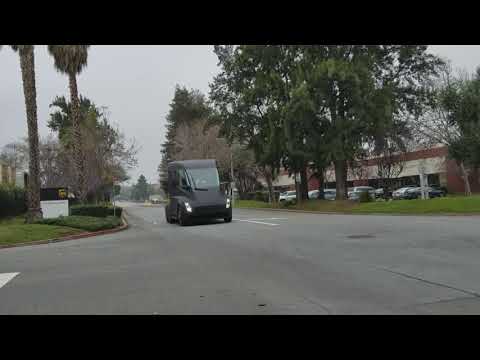