3 Tesla Responds to Open Letter from Montana Crash Driver, It's Still His Fault

UPDATE: Skoda Kodiaq Leaks Out ahead of Berlin Debut, Not Shy At All

Tesla updated the firmware on the Model X, its first SUV, last week. The update was made to address an issue, but some owners are unhappy with the change.
5 photos

Tesla decided to stop letting the car open both of its Falcon doors from a long press of a button on the key fob of the Model X. The change was motivated by the need to eliminate the risk of someone catching their fingers between the doors and their frames after an accidental deployment of the function through an unintentional press of the button on the key fob.

Through the update, Tesla has added a dedicated menu section regarding the Falcon doors, which has the function of opening both doors through the key fob deactivated by default. Owners must activate the function manually, to ensure that they are aware of the problem.

Tesla had to do this because those doors are operated electrically, and their design poses a safety risk if someone were to lean on the vehicle and use one hand for support. If the said hand were placed in an unfortunate position, the person’s fingers might be injured. The automaker also had a built-in safety feature to prevent that, but owners complained that it was too sensitive.

The second problem was also handled, says Tesla, but owners now complain that the sensors might have been deactivated or severely reduced concerning sensibility. Now, some owners say that the doors present a safety hazard because they need an increased level of resistance on those instruments to stop the doors from closing.

They may not break the bones of your hand, but it looks like someone might need a bag of ice and medical attention if he or she were to have his or her fingers caught in the mechanism. That would be the case for an adult, but a child’s hands might get broken if trapped in the door, which is a different kind of hazard.

Tesla representatives explained that the firmware update was meant to eliminate an annoying problem with the Model X’ door sensors, which had too much “false detections” that caused the doors to stop closing because of fear of injury. Now, the car is supposedly more consistent when closing its doors.

The problem that is referred in this story was also manifested by other models that have door closing assistance systems. In the case of other models built by various automakers, users complained that there were no reliable safeguards, and that a finger caught in a “soft-close” door mechanism required immediate medical attention, and even a plaster cast.

A YouTube user called “MEtv Product Reviews,” owns a Tesla Model X and has noticed the change and posted three videos of how the system operates. Two are after the update, and one is before the upgrade.

As Automotive News notes, the Falcon doors still stop when detecting an obstacle, but they are not as fine-tuned as they used to be, which could lead to an injury. No incidents of this kind have been reported. 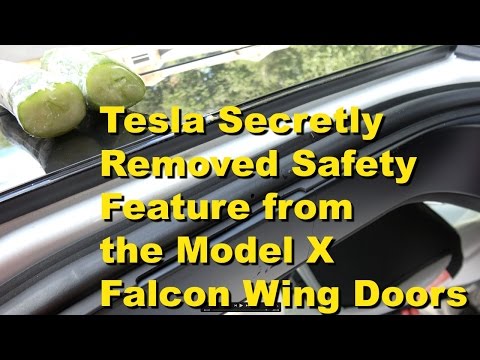 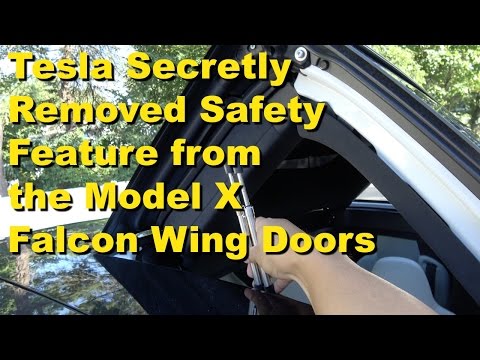 How the Falcon doors used to operate before the update 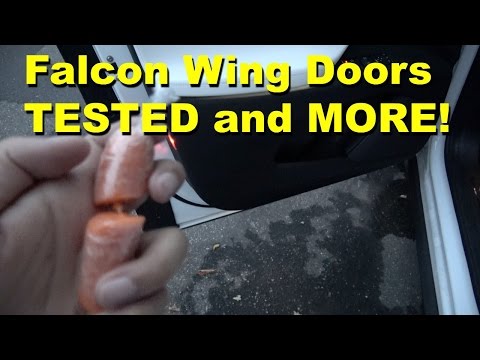 Editor's note: There's also a possibility that owners haven't been careful with the doors. Sometimes, it is best to be as responsible and cautious as possible.