4 Tesla Gets $40 Million Helping Hand
Car video reviews:
Up Next 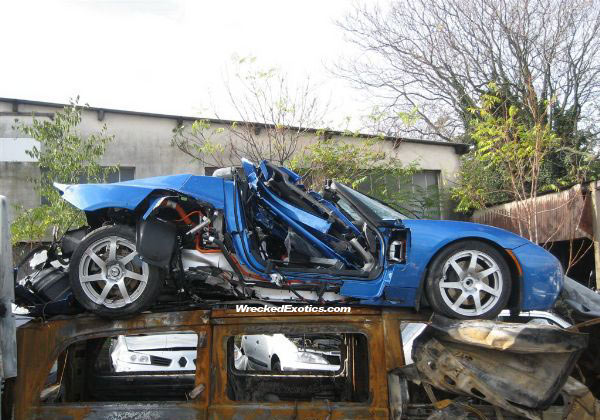 As if the quarter-mile drag it managed to finish in 12.8 seconds wasn't enough, this news might come as proof that the Roadster can actually go that fast.

Ever since this car was in development, it's one goal was to systematically dismantle the image people have created for themselves when it comes to electric cars. With a sleek design that has nothing in common with the “alien future pods” of other models and performance figures that will leave you doing a double take, the Tesla looks like the future of 0-emissions vehicles, at least in the US.

The accident occurred in France with one of the Tesla sales directors behind the wheel of the car, during a demonstration drive. While trying to showcase the car's road handling abilities, the driver hit a curve with too much speed and ended up leaving the pavement. The wet state of the road and poor visibility contributed to the accident.

Fortunately, both the passenger and the driver weren't seriously hurt. The passenger was actually thrown out of the car upon impact and has already been released from hospital, while the driver suffered a broken hand and some minor bruises.

This is actually the third recorded crash of a Tesla, the first also being during tests when a technician ran in the back of a truck and the second one happened in San Francisco when a driver failed to slow down in time for a red light and rear-ended the car in front.

As a bonus point, the Tesla seems quite a sturdy vehicle since none of the crashes ended in fatalities or serious injuries.