Tesla Roadster Sport can be Ordered as in Right Now 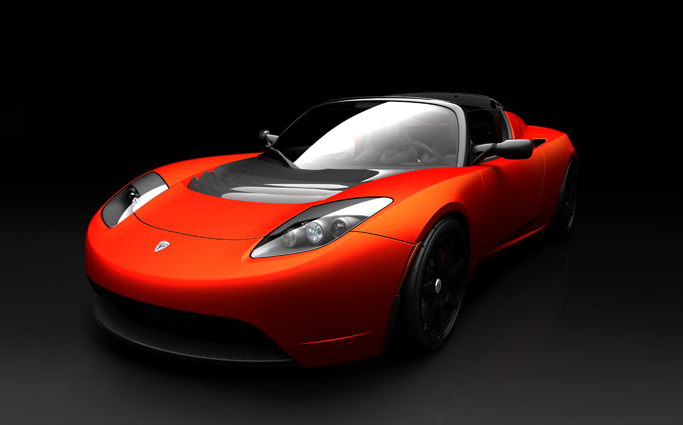 The world's first production all-electric sports car just got a new, sportier version. The Tesla Roadster S, with the S meaning Sport, is just a tad bit more dynamic than the “regular” one. The Tesla Motors Inc. people are now beginning to take orders for the new zero-emission “Lotus” in both the US and Europe.

Starting at $128,500 in the United States and 112,000 euros (excluding VAT) on the Old Continent, the Sport version of the Roadster shaved 0.2 seconds from its 0 to 60 mph (97 km/h) time, which is now done in 3.7 seconds. The Yokohama UHP (Ultra high Performance) tires complement an improved suspension with adjustable dampers and anti-roll bars that can be tuned to the driver's idea of either comfortable wafting or kidney-punishing ride.

It now comes with a hand-wound stator and better winding density for lower resistance and higher peak torque. The modifications help it achieve a 15% higher peak power and the aforementioned 0-60 improved time. “This car can beat nearly anything in its price class - yet it is twice as efficient as compact hybrid sedans,” said Michael van der Sande, Tesla’s senior vice president of global sales, service and marketing. “If you refuse to compromise on performance or the environment, the Roadster Sport is your only option.”

So far, Tesla Motors Inc. has delivered over 150 units of the Roadster model, while another 1100 people are on the waiting list. The good thing about such a slow-moving production is that customers on that waiting list can upgrade to the Roadster Sport with no strings attached.

The company said that deliveries start in late June. Are the modifications enough to justify an almost 15% price increase? For the moment its only real competitor is another Tesla product, so...