3 Tesla Model S Is Faster Than a Renault Zoe, But Does Anybody Care?

Not taking anything away from the evening's main protagonist, but the most exciting moment of the Tesla Semi presentation was the introduction of the second-gen Roadster.
7 photos

The Roadster should also make drag racing quite boring and repetitive. Knowing all too well that the quarter-mile time is just as important as a Nurburgring lap time, the Tesla CEO revealed the Roadster would clear the distance in 8.9 seconds, making it the first 8-second production car.

At this point, the presentation felt like a rock concert with lots of wooing, clapping, and whistling. But probably the best part was yet to come. Musk revealed the sports car (only by looks because otherwise, it's fully worthy of the "hypercar" description) would use a 200 kWh battery pack good for 620 miles of range (1,000 km) at highway speeds. That had an even greater reaction from the crowd than the 0-60 mph acceleration.

He then revealed the Roadster isn't a two-seater as you would expect - and as the pictures would suggest - but a 2+2. Musk conceded that you cant won't be able to fit tall people in the back, but he said the rear seats are useful. The new sports car is also said to have ample storage space, meaning it's not just fast and fun, but also useful.

Unlike the Semi, Musk did reveal one actual figure about the new Roadster. He told the audience it had 10,000 Nm of torque (7,375 lb-ft), which, as he himself acknowledged, was "stupid." That will come from three motors - one on the front axle and two on each of the rear wheels.

At one point during the presentation, somebody in the audience yelled "Elon for president!" to which Musk smiled and replied, "Huh, miserable job." Of course you would rather continue making crazy-fast electric cars and space rockets, right?

Musk was obviously feeling quite confident tonight, and for a good reason. He put on one of his better performances and delivered a very punchy line that sets Tesla apart from the rest of the car manufacturers (if there was any need for that). Talking about the Roadster's performance, he said: "the point of all this is just to give a hardcore smackdown to gasoline cars." Point achieved.

Well, not yet, but at least we know what to expect from the Roadster when it starts production in 2020. The company's plans for the next two or three years seem pretty well laid-out with the Semi coming in 2019, though Musk should squeeze the Model Y somewhere in between as well. Whatever the case, the company's stock should go through the roof in the coming days because saying both these products look promising is a gross euphemism. 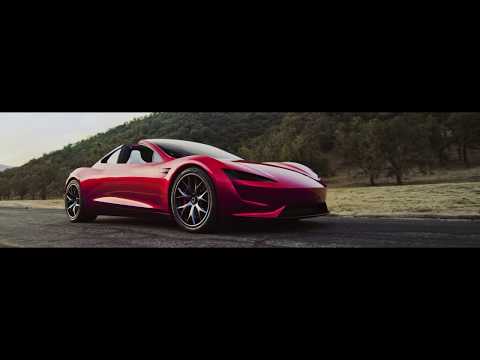