1 Tesla Roadster Will Remain on the Market until December 2011

4 TAG Heuer Tesla Roadster to Star in Geneva
Car video reviews:
Up Next

Piquet Would Bet on Alonso for 2010 F1 Title 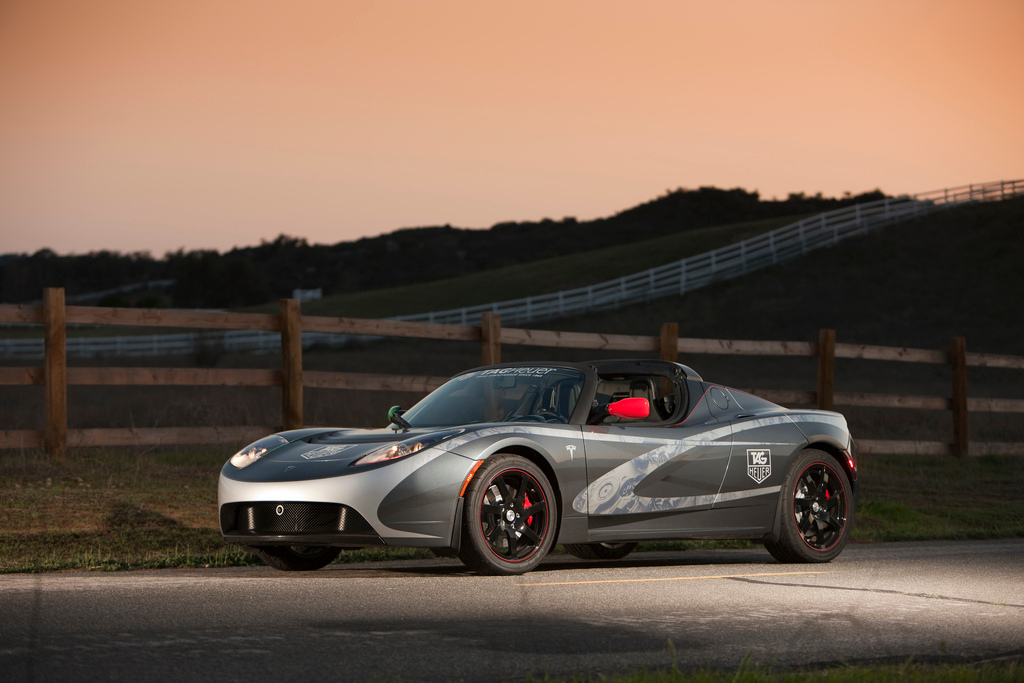 Tesla Roadster will tour southeastern Europe this week in what will be the most significant leg of the 37,000-kilometer world tour that the electric car is currently undertaking. On April 13, the car will arrive in Budapest, the place where Nikola Tesla came up with the design for his revolutionary alternating-current induction motor in 1882. The Tesla roadster, the only electric car for sale in Europe or North America, uses an AC induction motor descended from the scientist’s vision.

Tesla Roadster was unveiled in 2006, at the celebration of 150 years since the birth of Nikola Tesla. Now, for the first time, Tesla Motors will pay an homage to its name, hosting a VIP celebration and prospective customer test drives at the Tag Heuer Boutique in Budapest, on April 15-16.

“Nikola held more than 700 patents and remains an inspiration to me personally and to many entrepreneurs and inventors – both in Silicon Valley and around the world,” said Elon Musk, Tesla CEO, in an official press release. “Without his vision and brilliance, our car wouldn't be possible. If he were alive today, I’m sure Nikola Tesla would be a very happy Roadster customer and a passionate advocate of electric vehicles,” added Musk.

Budapest is the fourth stop in the eight-month "Odyssey of Pioneers", the first round-the-world tour by a zero-emission GT car. The voyage includes stops in 15 cities and more than 150 towns on three continents. The tour will end in October, in Paris.

During the trip, the Roadster is recharging from conventional outlets using existing infrastructure. Tesla's driver, Luke McClure, has charged from standard outlets at hotels, a solar panel array and even at a barn in Switzerland, demonstrating the versatility and ease of charging.