5 Jeffrey Dean Morgan Got High and Bought Himself a Tesla, Forgot About It
Car video reviews:
Up Next

There isn't just one thing that makes Teslas stand out as (still) the best choice in the EV segment, but their very generous range ratings sure played an important part.

To Tesla's credit, the company very quickly identified what it was that made the public so reluctant toward battery-powered vehicles and promptly addressed the two biggest problems: range anxiety and the lack of excitement caused by the absence of a loud V8 engine.

Taking care of the latter was easy as switching to an electric powertrain opens up amazing performance options. From there, all it took was for people to see a Model S racing a Mustang or a Challenger (or a Camaro, so GM fans don't start writing in to complain about a non-existent bias) and wiping the floor with them to become believers.
The former, however, required a little more work. Tesla approached it on two fronts, and it was the right decision. On the one hand, it focused on building a widespread network of fast chargers, so owners could quickly fill up their vehicles pretty much everywhere in the country. That took care of half of the problem.

However, for people to use the Supercharger network, they first had to buy a Tesla, and to do that, they needed reassurance that their vehicle could cover decent ground before needing to recharge. That is where Tesla's unbeaten EPA range ratings came into play, with the Palo Alto manufacturer being the first to go over milestone after milestone (300 miles, 400 miles).

It was long rumored that Tesla's real-world range figures didn't necessarily match the official figures and that the EPA wasn't as favorable toward other manufacturers as it was toward Tesla. A video made by Engineering Explained's Jason Fenske showed how there was no cheating involved, just Tesla exploiting EPA's testing procedure to the max while others didn't.

However, you can't beat the relevance of a real-world test, and that's where Tesla's vehicles (some of them, at least) showed their limitations. Edmunds carried out one such huge test, and it involved pretty much every EV available on the market. The team ran the cars until their computers showed zero miles of range left, crunched the numbers, and packed everything into a nice and very informative material. The main bombshell? Tesla failed to meet the EPA rating while other brands greatly exceeded it.

A bit later, Tesla called. "Wait", you'll say, "didn't Tesla dissolve its PR department? Who called?" A very pertinent question whose answer we don't have, but the call allegedly did come. It turns out Tesla had a gripe against the methodology used, saying the cars show zero miles left with plenty of charge left in the battery as a precaution. Should Edmunds have factored in that buffer as well, Tesla's EVs would have met their official ratings.

Looking to find out the truth, the guys at Edmunds took a few Teslas out in the Mojave Desert and ran the test again on a track. Indeed, the buffer proved to add quite a few miles to the maximum distance the cars were able to travel but was it enough to confirm the EPA figures? In short, in some cases, almost, and in others, no.

Put simply, no Tesla model was able to meet the EPA estimate. A few (Model 3 Long Range, Model S Performance) came very close, one (Model X Performance) did so and so, and three (Model 3 Standard Range Plus, Model 3 Performance, and Model Y Performance) finished way off the expected distance.

Edmunds is quick to clarify that this isn't meant to discredit Tesla EVs in any way. Even if they came short of what was expected of them, they still offer a more than decent amount of range. However, when Teslas consistently perform worse than their EPA ratings in real-world tests while almost all other manufacturers outdo theirs (some by huge margins, such as Porsche), it makes you wonder how useful those numbers are for the unbiased EV buyer. Watch the clip below for a full rundown of this sequel to the original test. 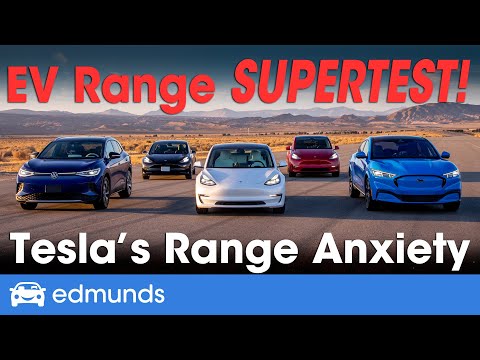