4.5 Billion-Year-Old Meteorite Crashes Through Man’s Roof, Is Worth $1.8 Million

Andrei Tutu
Are you curious about the latest adventure from the Tesla swap land? Well, you'd better not be a muscle car purist, since the machine that received the electric heart transplant is a 1972 Plymouth Satellite.
25 photos

You can forget all about the 318 V8 and the four-speed manual of this pretty coupe, with the thing having been dubbed Project Electrolite.

While Kevin Erickson, the gearhead behind the project, had acquired the slab of America a few years ago, the YouTube chronology (more on this below) tells us the actual build has been around a year in the making - we have no deadline for the completion of the project, but it looks like the heavy lifting has already been done.

The gearhead, whose story came to our attention via the Y U RUNE KLASSIK? Facebook Group, is brewing the electric once-a-muscle-car in his garage and seems to pack superior fabrication skills, as well as certain CAD knowledge to help with turning the cardboard mockups into metal.

The full Tesla Model S rear subframe (think: 500 lbs) has been added to the vehicle, with this involving the motor (think: around 600 hp with Ludicrous Mode), the brakes, the half shafts, the inverter and all. And since this didn't leave enough room for the suspension, the car fanatic used his DIY shop to build a pushrod suspension, with most of the components sitting in the trunk.

Speaking of the luggage compartment, this now accommodates 525 lbs of hardware, since, for instance, it holds 4 of the 16 battery cells (this features the 100 kWh pack, with the remaining cells sitting where the V8 used to be. And with the control goodies coming from Stealth EV, the infamous Tesla charging lock, which was designed specifically to prevent such aftermarket shenanigans, won't affect this hardware. However, this car not being accepted by the Palo Alto automaker's Supercharger network.

Moving to the front end, we can talk about an AlterKtion K member, custom Gerst front suspension, electric power steering and, of course, braking hardware (think: Willwood master cylinder of the factory setup with an electric vacuum pump) that features a line lock for those good old burnouts.

Project Electrolite talks to the road via staggered American Racing wheels (think: 20-inch units at the back and 19-inch goodies up front), which are shod in 285- and 275-section Nitto rubber.

From the steering column, which still features a few bits from the original hardware, to the smart car-borrowed electric heater and the thermal management hardware for the battery), this build required plenty of custom bits, but it looks like things are going well for this B-body Plymouth.

Erickson is documenting the build via a YouTube playlist that contained 8 clips at the time when this article was published (each vid is between 5 and 10 minutes long). In fact, you'll find the first and the eighth videos below. 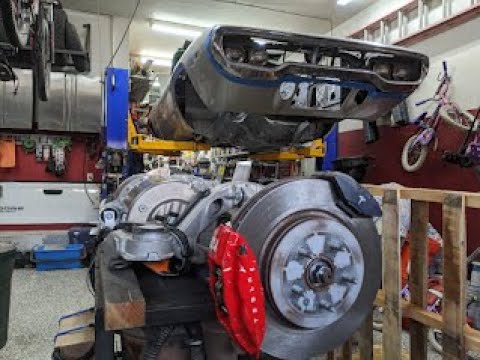 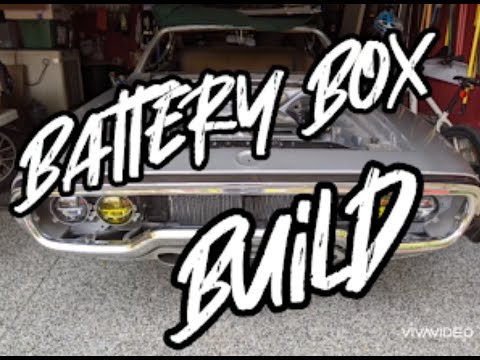