1 Dawn Project Fires at Tesla FSD: AV Software Must Be the Best, Not the Worst

3 After Android Auto, Apple’s CarPlay Is Also Making Its Way to Tesla Cars

5 Mat Watson Thinks You Should Buy the 2022 Tesla Model S Plaid, Has an Order Waiting
Car video reviews:
Up Next

I'm going to go out on a limb here and say that nobody likes being lied to - in fact, it might just be one of the most infuriating sensations. However, the reason you don't hear about more people going up in flames for having been duped is that a lie only becomes one when its recipient realizes it.

We're probably lied to several times every day, and we're more than likely guilty of it as well - both toward other persons and ourselves. Perhaps that's one of the reasons why we've come to accept certain bendings of the truth, so to call them, as part of everyday life and learn to ignore or just go along with them. Is there really Ethiopian single-origin coffee roasted last week in that espresso? Well, if it tastes decent and keeps me from going to sleep at work, do I really care?

The thing is this harmless lie used by the coffee shop in the example above might gain you as a customer to the detriment of the one next door that doesn't falsely advertise, thus giving it an unfair competitive edge. Care to think what will happen next? That's right, the second coffee shop will magically find some Colombian single-origin beans of its own that are even more freshly roasted because if the competitors next door can get away with it, why shouldn't they?

I realize I may have made family-owned coffee shops seem like a very cut-throat business, but the truth is this kind of behavior becomes all the more prevalent the higher the stakes are. And with companies that are worth over one trillion U.S. dollars, the stakes aren't getting higher than that.

The tech market is by far the most profitable one right now, but getting ahead there - or simply staying alive, for that matter - can be a huge challenge not everyone is up to. Truth be told, what Tesla did - going from nothing in 2008, when the first Roadster was delivered (OK, several millions of dollars aren't "nothing," but by comparison to the size of the companies around it at that time, they were) to being the most valuable company at the stock market - is nothing short of miraculous. Or, some might argue, dubious.

In Tesla's defense, it seems like everyone around it is pushing the limits of deceitfulness as hard as they can, so maybe Elon Musk's company has simply done it better. After all, it wasn't Tesla that invented the idea of hiding important details behind a text in "fine print" or an asterisk.

It sure is making good use of all of it, though, and then some. Marques Brownlee, one of the most respected tech reviewers online decided to start his video called "When Tech Companies Lie to Us..." with an analysis of how Elon Musk chose to present some facts and numbers about the (still unreleased) Tesla Roadster, that would put the EV in a much more positive light even though they didn't exactly stick to the industry's canons.

The bit about the vehicle's 10,000 lb-ft of torque (not even going to bother converting it into newton-meter - suffice to say it's an absurd amount), in particular, has become notorious since. Just in case it's news to you, here's the gist of it: Tesla chose to release the wheel torque figure (which goes through some multipliers) instead of the crank value, which is what the rest of the car industry has been doing for about a century.

Naturally, the hoax was uncovered, and Tesla has since included the mention in its description of the vehicle, but getting that impact during the presentation was what mattered the most. The sad part about this whole shenanigan is that it can be used to showcase just how these shady practices come to become the new norm.

After Tesla did it, GM decided to copy it during the GMC Hummer EV presentation by speaking about the electric truck's 11,500 lb-ft of torque. I bet you they wouldn't have done it if a). Tesla hadn't done it before them, and b). the value was below the 10,000 lb-ft of the Tesla Roadster. Just like GM did, we're going to ignore the fact that one is a truck and the other a sports car, even if that's completely stupid.

After dissecting the Tesla case (with a clear focus on the Roadster, presumably because he is entitled to at least a free one based on the company's referral program from a few years ago and is, completely understandable, a bit sour about it), Marques goes on to speak about other examples from the tech industry that involve all sorts of big companies, from Apple to Samsung.

Marques concludes that there is probably a spectrum of lies these companies use and, this being my addition, it's up to us to decide when a line is crossed and what we are going to do about it. The most basic action you can take is to stop purchasing their product, but no matter how righteous you might want to be, there's a catch to it.

For one thing, these companies know you like the stuff they make so you'll find it hard to say "no" without feeling like you'd be settling for second-best. They rely on it. In fact, it's why they go through all this trouble of lying - you may see through some of them, but you won't be able to spot them all.

And then there's the fact that pretty much everyone does it, so you are essentially left with the task of choosing the lesser evil. Well, if you're going to step on your principles, you might as well end up with a good product, so why even look at the second or lower place?

That's a pretty negative note to end on, but it's the truth we all choose to ignore. Besides, the battery of my MacBook is dying, my Tesla finished charging, and I have to pick up a new Samsung phone and the store is closing soon*, so I'm off. 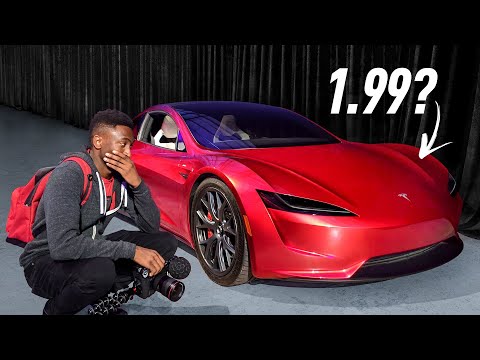 Editor's note: * None of those statements is actually true

It’s Time To Get Fired Up About Artemis I’s Launch, the Next Moon Landing Finally in SightSee all editorials