3 Not All That Glitters Is Tesla Gold: A Fishy Story of Dumb Thieves and a Model 3

5 Elon Musk Wants Teslas to Be Able to "Fart" at Other Cars, Coal Roll Revenge?
Coverstory

Vlad Mitrache
Is there an end to the variety of problems that Tesla Model Y owners encounter? It all started with the now mild panel misalignments and paint blemishes, went through entire glass roofs coming off, had a side window break into pieces for no apparent reason, and now this.
4 photos

Have you got a Model Y reservation? If you do, you must be looking at all these videos and wondering: "Do I feel lucky?" Well, do ya, punk? Because, while not at all impossible, you will definitely need to be if you're to get a problem-free Model Y that will give you many miles of bliss motoring.

And that's the frustrating part: problems aside, the Model Y is perfectly capable of delivering that. It has the best range (which just got boosted by 10 miles for the 2021 model year to 326 for the Long Range version), it has excellent performance (3.5 seconds for the 0-60 mph sprint), and can offer room for up to seven people inside.

But can you really enjoy any of that when there's one niggle that you just can't shake off at any time, which is "what's going to break next"? Well, sometimes things don't even need to break to have a problem. Take this situation for example when a Model Y owner discovered the windshield of his EV was far from being airtight.

Why did he think to test that? We don't know. We'd guess he heard some noise inside the cabin that shouldn't have been there, though it could be that the break in the seal was under the flow of the air as it came off the hood, hit the windshield and went over. Wherever it is, it sure didn't escape his air gun.

Quite a nasty thing to discover, even if it doesn't impact you directly, but if only it were the only one. Same owner, one day later, and he posted another video. This time, the driver's door refuses to close after sitting outside in what he describes as "light snow." There is indeed only a bit of snow on the ground, so that sounds accurate.

The problem here isn't so much the door itself or the locking mechanism, but the window's refusal to reel down. Since Teslas have frameless doors, the windows need to come down just a bit for the doors to close. No lowering the window, no closing the door - it's as simple as that. He says 15 minutes in the heated garage took care of the problem - actually, not so much the problem, but rather its effects. 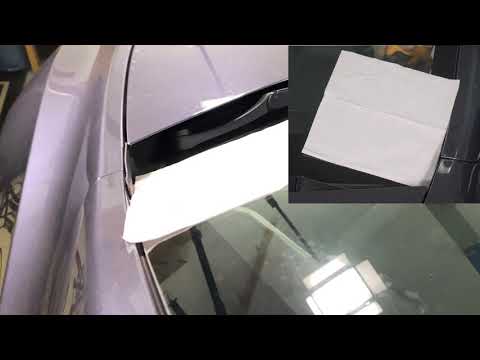 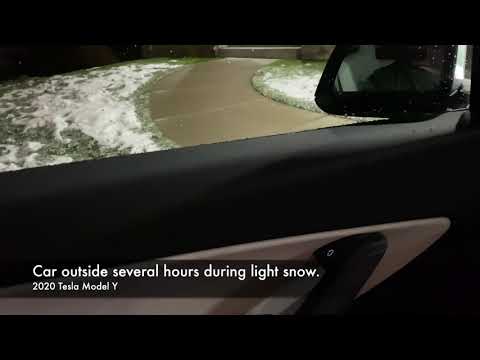