2 Tesla Shares Skyrocket After Being Compared to Apple

Tesla EVs are famous for three things: acceleration, the Supercharger network, and their unbeaten range. It may be the first of the three that makes most of the headlines, but it's the other two that generate the bulk of the sales.
5 photos

From early on, Elon Musk's company identified the main hurdles in the way of EV adoption and tailored its products to best address them, hence the focus on the maximum range and quick recharging. However, recent tests have revealed that the EPA's range rating for Tesla cars isn't always relevant to the reality in the field.

Edmunds put together a very thorough test involving almost all Tesla models, as well as EVs from other manufacturers, and the results spoke for themselves. No Tesla was able to meet the EPA rating, with three of them (Model 3 Standard Range Plus, Model 3 Performance, and Model Y Performance) failing miserably.

As a Tesla owner himself, The Fast Lane Car's Roman Mica decided to take advantage of a planned trip of 141 miles (227 km)—to get vaccinated, no less—to test the real-world range of his Tesla Model Y Performance. According to the EPA, the EV should be able to cover 291 miles (468 km) on a full charge, and the vehicle does display a range of 289 miles (465 km) with the battery fully charged. Perfectly acceptable.

That makes the 141-mile round-trip ideal to see whether the EV can actually deliver what it says on the box, or Roman will be forced to make an extra stop to recharge. During Edmunds' test, the Y Performance stopped after 263 miles (423 km), so the signs aren't too favorable.

Indeed, Roman reaches his destination 141 miles away with 131 miles (211 km) left of the initial 289. In other words, the vehicle had to burn through 157 miles worth of battery power to cover 141 actual miles. That falls just over the 10 percent Tesla owners are so used to take into account when planning long trips, so anyone from the company would probably tell you it's "within spec."

To make matters worse, the Supercharger station chosen for the way back was not only hidden but also inside a pay-to-enter parking structure. So, Roman had to pay $3 to get in on top of the $11 for the 160 miles of charge. Not exactly a fortune, but it still counts as unexpected expenses.

All this brings us to what could very well be called the "EV paradox" because it can help you reach your destination more quickly by driving slower. It only applies when the trip's length is very close to the maximum range available at departure, which fitted Roman's situation perfectly.

The idea is simple: like ICE cars, EVs are also more efficient at lower speeds. Therefore, you can get where you want more quickly by driving ever so slightly slower and thus ensuring the extra recharging stop is avoided. It's not fun, and it's definitely not very intuitive, but if time is important, it's the way to go. 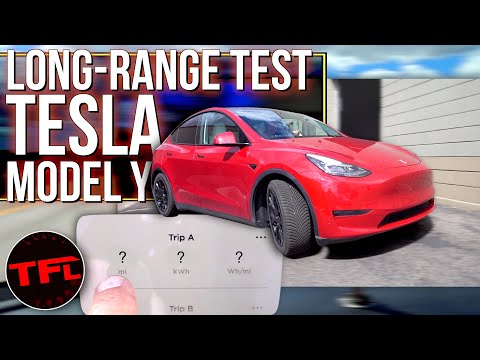