4 Tesla Responds to Open Letter from Montana Crash Driver, It's Still His Fault

Back when the BMW i3 was first introduced, one of the main talking points of the EV had nothing to do with its power, its maximum range or even its questionable design. Instead, the public and the media were trying to get their heads around how the doors work and how the engineers could allow something like that to go into production.
8 photos

In case you're not familiar with the i3's layout, it uses regular front doors and a pair of tiny, suicide rear doors. Having no B-pillar, this means there's a fairly generous opening there allowing easy access to the back seats as well. The thing is, if the people in the back wanted to keep their doors open while those in the front wanted to close them, it wouldn't be possible.

The same absence of the B-pillar means that locking mechanism for the front doors is on the rear ones, so closing the doors in the right sequence is absolutely mandatory. It's not like that's hard to remember, but it only takes once to leave a nasty dent on those front doors.

The Tesla Model X had problems of its own with the doors, but at least the SUV had the excuse of using much more complicated mechanisms. The falcon doors were never going to be easy to pull off by Tesla, but the company insisted, and it almost paid the price. They were one of the main reasons behind its late launch, and quality and functionality issues have continued to appear.

Recently, Tesla has removed the doors' sensors that were giving fake readings, preventing the doors from closing even though there was nothing in the way. That led to people fearing for the safety of their limbs as these videos featuring some vegetable cruelty demonstrate. And before that, there were countless reports of the two doors on one side failing to properly align with each other, giving the impression of poor build quality.

A recent video made by the guys doing the Talking Tesla podcast raised one more issue with the doors. With the electric SUV parked on a sloped driveway, the owner of the car noticed the falcon doors hadn't closed all the way. He decided to ignore it, as it happened "a fair bit," but the front door on the same side also needed to be shut. Only no way was that going to happen. Upon trying to do so, the front door impacted with the poorly closed falcon door, making it impossible to lock the car.

The sheer weight of the doors is what probably kept the falcon doors from falling neatly into their place, which is obviously unacceptable for a car worth over $100,000. Even though most Model X owners have learned to live with the vehicle's quirks and just appreciate it for all the good things it does, that doesn't mean Tesla shouldn't take not of all these issues and try to amend them. One thing is certain: unless Elon Musk loses a bet, the Model X will be the last Tesla to use falcon wings. The experiment has ended. 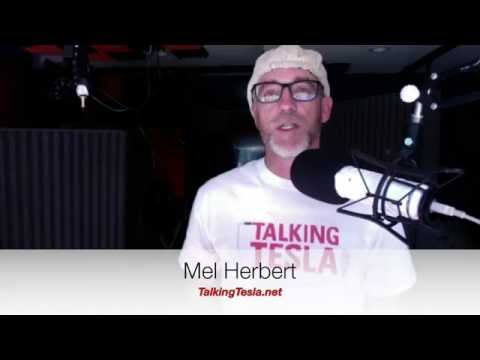