4 Newspapers Can Be Turned into Biofuel Now

Gabriel Brindusescu
Battery concept news are popping out each week, with many universities and independent teams showing off how they can store and provide more electricity than current lithium-ion counterparts. Still, no one got near a production phase so far, with further research needing to be done, but an Ann Arbor-based company named Sakti3 said their version came to life.
1 photo
Sakti3 announced it had produced a battery cell on fully scalable equipment with over 1100 Watt hours per liter (Wh/l) in volumetric energy density.

What this means is that your smartwatch could work from 3.5 hours up to more than 9. And this also means the Tesla Model S could double its range, reaching from 250 to around 480 miles on a charge.

"It's clearly a breakthrough – it's a world's best, made on a mass-production platform," said Professor Wei Lu from the University of Michigan, a battery expert knowledgeable about the process. "It's not either/or in cost and performance in batteries anymore – Sakti3 has both. They built a really high performance device on a really low cost platform – like building millions of high end processors in a factory that produces ordinary plastic wrap. It was quite a scientific feat."

Apart from being cheap to build, the battery cells are said to be the safest ever created because of their construction and materials used. And you will be able to see that in the video bellow, where a cell is heated up with a soldering iron while still behaving in normal parameters.

The company said their target now is to achieve mass production of cells at around $100 per kWh. The new batteries will firstly appear on consumer electronics, after which they will go upscale, possibly creating batteries for the auto industry. 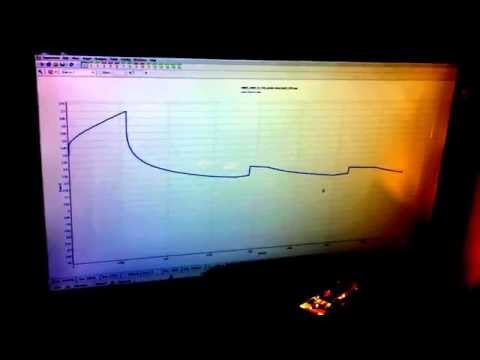