4 BMW i8 M Will Not See the Light of Day

5 BMW Teams-Up with Solarwatt for Sustainable Charging Solutions
Car video reviews:
Up Next

Some guys just don't know how lucky they are. Take, for example, YouTube user WerdeElectroDriver. Driving along with his buddies in his Tesla Model S they had the amazing chance to run up on a BMW i8 testing on the freeway.
1 photo
Not only this is a rare chance, but the car they started chasing around is actually the only competition for the Tesla, and it wasn't even released yet! Yeah, it's true, the two are almost completely different (the i8 is a hybrid sports car whilst the Model S is an all-electric performance sedan) but you tell us what car is actually a worthy competitor against Tesla.

The video shows the car in motion, both from the back and the front. It doesn't show anything radically new but it's still interesting to see the i8 in motion while we're patiently waiting for our turn to take it for a spin. 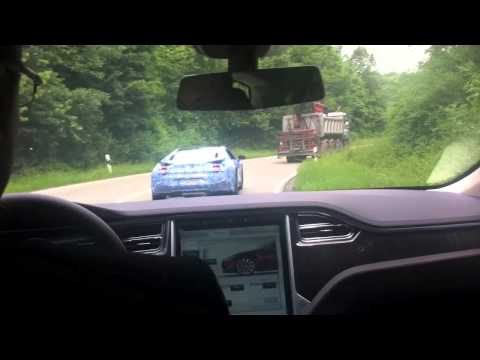