5 Porsche and Audi CEOs Talk About Shared Responsibilities in EV Development
Car video reviews:
Up Next

OK, you can bookmark this page for future reference when dealing with someone who claims electric vehicles are in fact polluting more than cars fitted with internal combustion engines. If what's shown in the clip is true, of course.
1 photo
The argument has been going on for quite a while, and even though it may seem ridiculous to anyone with half a brain, apparently there are a lot of people with less than that running around the Internet. It's almost as stupid as that anti-vegan defense line that says "but plants feel pain too."

Even if it were true, EVs still do an excellent service to the people living in the city by removing tailpipe emissions completely and thus making the air in a tight area surrounded by tall concrete buildings and heavily populated more breathable. They charge up from the grid, burn some electrons during the day, return home for a charge and that's that. Any pollution from power plants running on coal happens away from where we live, which is a plus.

However, a test ran by the members of the Tesla Owners Club Western Australia (I know, not exactly the most impartial, but feel free to replicate it if there's any doubt and let us know how it went) claims the internal combustion engine is even less energy-efficient than we might have thought.

They took two cars - a Tesla Model S P85D (not the most efficient Tesla available) and a Volvo V40 D4 which uses a two-liter diesel engine. The vehicles aren't exactly playing in the same ballpark with the Swedish hatch being considerably smaller and lighter, but that only makes the result even more remarkable.

The EV had its battery charged with 18 kWh from a diesel generator which had its tank full at the start. After the recharge was complete, it was filled back up, but measuring how much fuel went in. It turned out it needed 4.46 liters to generate that amount of energy.

Next, Volvo's tank was also filled to the brim, and the two cars set out for their test run which measured just over 100 km (62 miles) with their AC systems on (since it's summer in Australia). When the Tesla had used up its 18 kWh charge gained from the generator, the Volvo was filled up once more, with 4.8 liters of diesel going in for the 104.6 km trip. Not a bad result for the hatchback, but still worse than the EV's 4.46 liters.

We're no experts so we can't emit a clear judgment on the veracity of the experiment, but the clip doesn't show Tesla's battery charge state at the end, and even if it did, it still wouldn't be conclusive. Besides, the technique isn't exactly at the highest scientifical standards. A depleted battery charged with a generator filled with a fixed amount of fuel - the same as the one found in the vehicle's tank - and then seeing which one went further would have been better.

So maybe don't rush with that bookmark just yet. Besides, that huge generator may be more efficient than the engine in the Volvo, but it's also much, much dirtier. Its efficiency is achieved by removing any emissions control devices modern cars are fitted with. Plus, it's much bigger and operates at a constant optimum rpm, unlike the engine in a vehicle, which makes the result of the test somewhat irrelevant. But, hey, it makes for a hell of a catchy title. 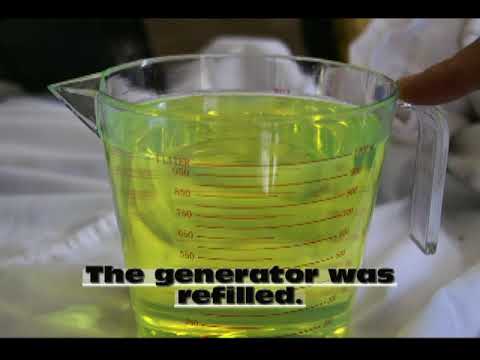