5 See What Tesla Didn't Want You to See During the Semi Unveiling Event
Car video reviews:
Up Next

Companies have already started placing reservations for Tesla's electric Semi truck despite the fact the car manufacturer still isn't out of the woods with its Model 3 situation, which casts some shadow - albeit a slightly pale one - over its future.
1 photo
Just before the Semi and Roadster unveil, Musk assured everybody that the worst was behind and that production should start its planned ramp up with a three-month delay that should be compensated for eventually. He said we should be 100 percent confident that by the end of next year, 10,000 Model 3s will roll out the factory's door every week.

To reinforce his promise, Musk quickly showed the world what his company has been cooking over the past years. The smaller guest was rude enough to steal the show, but that doesn't mean the Semi didn't enjoy its time in the spotlight as well, presenting a specs sheet that was miles better than what everyone expected.

Now we get to learn why Tesla did everything possible to boost the Semi's range to up to 500 miles (around 800 km). During the presentation, Musk talked about the truck's ability to deliver its cargo to a destination 250 miles away and return on the same charge, which he said represented 80 percent of the real-world scenarios.

Well, it surely represents 100 percent of Tesla's current needs, as its Freemont plant and Gigafactory are 258 miles apart (415 km). Jerome Guillen, Tesla's VP of its truck program, confirmed the company would be its own customer for the Semi, using the electric truck to connect its two plants in Western U.S.A.

“Tesla will be the first customer for the truck," he said, speaking at the annual conference of Transport and Logistics in Holland. "We will use our own truck to carry cargo in the US between our different facilities. We have an assembly facility in California, the Gigafactory in Nevada, so we will use our trucks to carry things in-between.”

This won't just reduce Tesla's logistics cost by a hefty margin, but it would also bring the company closer to fulfilling its promise of ditching every trace of fossil fuel in its production chain. It won't quite get it there since not even the massive solar array on top of the Gigafatory can't provide all the electricity needed, so the plant still sucks from the grid, but it would bring it one step closer. 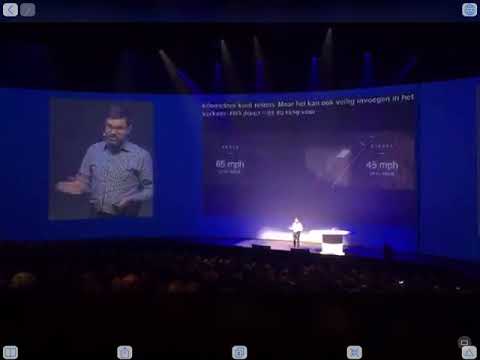