5 The Audi Travoler E-Scooter Looks and Feels Perfect for Our Minimalist World
Car video reviews:
Up Next

Tesla Is Falling Behind Renault and Audi in Europe, Giga Berlin Is Vital

The European EV market currently sits in an honorable third place behind the US and the undisputed leader, China. However, recent decisions from the EU show the region will focus more and more on sustainable transportation, so expect EV sales to sky-rocket there over the next couple of years.
8 photos

This will coincide (not by accident, of course) with the continent's major carmakers finally reaching the production stage of their EV programs, meaning the growing demand will be easily met by a variety of battery-powered vehicles. But even now, with the very few early models, the European manufacturers have already started to take back their domestic market from Tesla.

If you read the news, you either get the impression there's no company producing EVs other than Tesla, or that the others don't even come close so they don't really matter in any way. However, just like European EVs don't do too well in the US - or they don't go over there at all, like the upcoming Volkswagen ID.3 - American Teslas aren't ideal for the European market either.

Take the continent's most active market which is the Norwegian one. The best-selling electric cars there are the Audi e-tron and the Volkswagen e-Golf. The electric version of the famous German hatchback is by no means a great EV, but it fills the needs of a European customer better than a Tesla (particularly before the Model 3 was introduced). Plus, it is much cheaper since the prices for US cars in the EU suffer a premium over their domestic levels.

That's why the Renault ZOE is Europe's best selling EV right now, and why the Audi e-tron is outselling the Model X by several models to one. Well, that and a few other reasons, some market-specific, some not so much. A very interesting video by E for Electric's Alex Guberman goes into more detail, though it does fail to take something into account: the halt in production at the Palo Alto plant and the delay caused by shipping times once production was resumed.

Still, it's clear to see that conquering a continent with a different type of customers (particularly in the premium segment where Tesla's prices put the company's products) will be a tough challenge for the US EV maker. The Gigafactory near Berlin will provide a huge boost, as will the compact car Elon Musk talked about, though that's still somewhere beyond the horizon at this point. 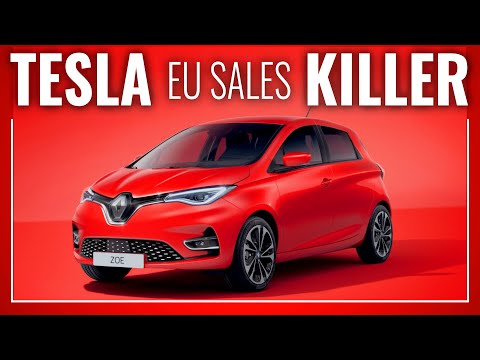