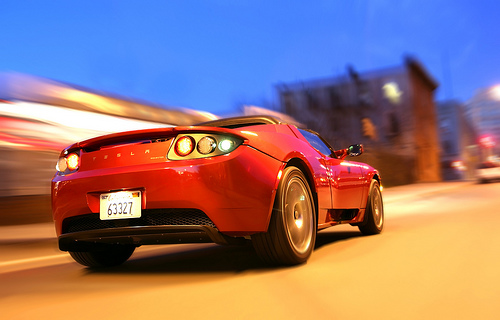 A friend in need is a friend indeed goes a saying and Tesla finds out for itself just how important friends are in a market economy and during an economic crisis. On paper, the Tesla Roadster was a great idea and many people decided to make some money by investing in the concept.

However, halfway through the project, Tesla found itself digging for money at the bottom of its pockets and eventually had to let some of its employees go as a cost-cutting measure. Now it seems that help is on the way.

Tesla Motors just announced through its board of directors that it received a 40 million dollar bonus in convertible debt financing from its investors. Though right now the danger has passed, the same board said that the round is not over and that small investors are still invited to join in.

Elon Musk, the Tesla Chairman, CEO and Product Architect was pleased by the new funds and added that “Forty million is significantly more than we need. However, the board, investors and I felt it was important to have significant cash reserves”. Guess that after they got burnt the first time, they aren't taking any chances anymore. Good news for their employees.

The money shortage the company experienced not only forced the management to cut 25% of the jobs but also hampered the development of the next Tesla project, the Model S. Right now, Tesla has already delivered 50 vehicles to customers and with this new-found wealth, it doesn't look like stormy waters ahead for them. Some 1200 orders on the Roadster have yet to be fulfilled, at $109,000 a pop.