4 Irony at Its Best: Google Gets Bus Detection Patent After Colliding with a Bus

Autonomous cars are more tangible than ever, and Tesla seems to be the brand that is closest to achieving this.
6 photos

While Mercedes-Benz and other carmakers have been experimenting with self-driving technology since the 1980s, Tesla was the first company to launch a commercially available system that allows cars to drive themselves without keeping hands on the wheel.

Systems on the S-Class and E-Class, for example, require drivers to keep their hands on the wheel while the self-driving technology is operational.

Initially, Tesla’s system did not need this, but the company had to tone it down because owners were filming themselves doing stupid things while behind the wheel with the Autopilot system activated.

The feature was first available in October 2015, and was integrated into the Version 7.0 update of the Tesla software. The Autopilot function was an enhancement of the existing semi-autonomous driving features of the Model S.

Thanks to the fact that the car already had a vast array of sensors and equipment on board, and that its controls were operated electrically, it was easier to adapt the system to be managed by a computer. Like in the aviation industry, each system has a back-up so that the Autopilot can work with less. We expect this redundancy strategy to be used by every carmaker that tackles autonomous vehicles.

Tesla has yet to rule out human drivers, but Elon Musk has big plans for this system, even claiming that they want to make a version capable of driving from an American coast to the other, and to charge itself along the way.

So far, the Model S can be “summoned” from a maximum distance of fewer than 40 feet, in which it can drive itself out of a parking lot while its user waits for its arrival. The "Summon" is an impressive feature, and any other carmaker would have made dozens of videos and commercials to promote this technology, while Tesla settles on a modest approach to this.What the Autopilot can do
Tesla models with the Autopilot can steer within a lane, drive autonomously on the road, avoid collisions by using the braking and steering systems, find a parking spot and park itself, adjust its speed according to traffic (stop and go function included), and change lanes with a touch of the signal stalk. While some cars on the market can do some of these things, Tesla managed to fit everything mentioned above into a single package.

Another smart thing about the Autopilot system is the continuous learning function. Each Autopilot-equipped model sends real-time feedback to Tesla, and the company continually improves the system and updates each car. Other carmakers do not feature this active element into their fleets with semi-autonomous capabilities.

The Tesla models with the $2,500 feature can also perform a perpendicular parking on their own, not just parallel park. The 7.1 update of the Tesla software improved the way the cars manage their speed around corners by improving the way the bends of the road are perceived by the system.Restrictions of the Autopilot feature
If the vehicle is in a residential area without a drawn center divider between the lanes, the system will not be able to exceed the posted speed limit by more than five miles per hour. The car can also decide to drive slower, if certain conditions demand it. Tesla recommends the Autopilot for highway use, but users have shown it can operate on country roads. This is one of the limitations of the Autopilot feature at the moment.

Another restriction imposed by Tesla through the 7.1 software update was to have the driver keep his or her hands on the wheel when the system is engaged, to prevent the unsafe behaviors filmed by some owners when the 7.0 version was released. Bad behavior is why we can’t have nice things - some drivers got into the back seat while the car was driving itself, and others filmed themselves doing other distracting acts, like reading.

The “Summon” feature used to be unique in the automotive world, but it was recently matched by BMW with an optional package on the G11/G12 7 Series, which could be moved into a parking space using the touchscreen remote control. In the case of the Tesla system, the driver used their mobile phone to summon the car, but it had to be on private property while doing so and less than 40 feet (12 meters) away.

According to reviews, Tesla advises owners to drive in the middle lane of the highway while using the Autopilot system. The solution helps in case lane markings are not clear, and the vehicle requires the driver to take control. Since the driver is obliged to keep at least one hand on the wheel, intervention is immediate, and a dangerous situation is avoided.How it works
The Tesla Model S features 12 long-range ultrasonic sensors, arranged to “sense” everything around the vehicle on a range of 16 feet (4.8 meters) in any direction and at any speed. The model also comes with a forward radar, a front camera, high-precision GPS, and a system that combines the data from all of the mentioned devices to form a virtual image of the road ahead. Since the vehicle has a fully digital instrument cluster, the latter displays what the car “sees” in real time.

Thanks to the self-learning feature, every Tesla with the Autopilot system tells the carmaker in real time about the issues it encountered, and potential bugs get fixed before other users can be affected by them. No automaker in the world has implemented a feature like this in its self-driving or semi-autonomous vehicles, but Google does collect data in a similar way. Unfortunately for Google, Tesla was first at this, and history has shown that only the first gets remembered. There is an exception to this history rule, as the one that does something better than everyone else might be remembered on the long term instead of the one that did it first.

According to those who tested the Autopilot feature, the display of what the car detects helps the human with “peace of mind,” as the operator can rest assured that the car “sees” things that are around it and assesses potential dangers. The relaxing part does not mean you can sleep or use your phone, because the human is still responsible for the driving part, but the vehicle can do the driving with the person as its supervisor, ready to step in if things go wrong.What Tesla plans to do with the Autopilot
According to Elon Musk’s statements, Tesla is three years away from offering the “Summon” feature capable of driving a car from the West Coast to the East Coast or the other way round. Since this company has shown impressive progress when compared to other carmakers, we believe there is a chance this can happen, but not necessarily in the timeframe mentioned by Musk.

We believe that Tesla can provide a car able to drive coast to coast and charge itself along the way because it already proved that it can expand its network to a degree where driving an electric car across the United States of America in a reasonable time is no longer an incredible feat.

Tesla customers can do this now because of the carmaker’s efforts in developing the “Supercharger” network, which is also free to use for the owners of the higher capacity versions of the Model S.

Even if Tesla does not significantly improve its system - which it unmistakably will - the Californian company has developed a self-driving solution that makes life easier for those with long commutes. It also helps when drivers are drowsy, or after a stressful day at the office.Tesla Autopilot in action with 7.1 software update 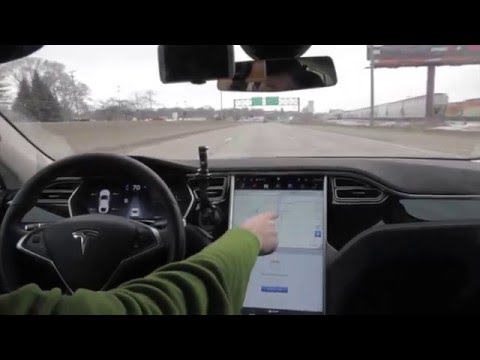 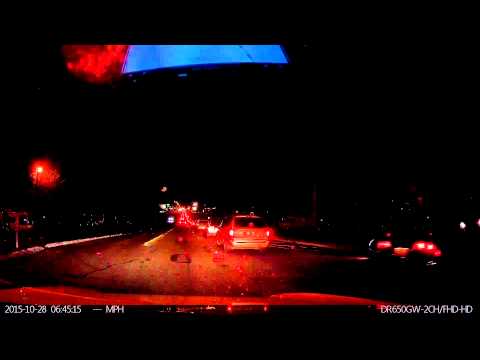 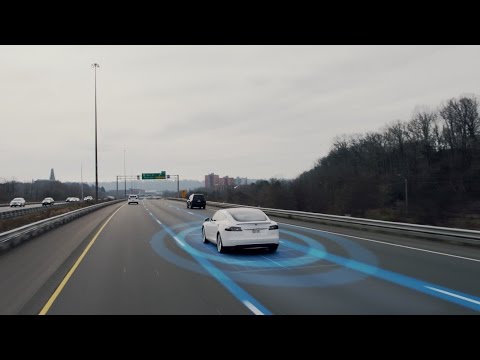