Tesla has announced on its Weibo account that it will offer the Model Y in China with a central airbag. This is aimed at limiting far-side passenger injuries in the case of a side impact. Tesla does not offer a central airbag in the U.S.
6 photos

Tesla made the announcement on Tuesday on its official Weibo account, and the news broke in the U.S. a day later. Americans are pissed because they believe Tesla offers safer cars in China. But as always with Tesla vehicles, new features are first implemented at Giga Shanghai and then slowly trickle to the rest of the production facilities.

According to some Redditors, Giga Berlin already builds the Model Y with a central airbag, which makes sense considering the new Euro NCAP far-sight impact criteria. Nevertheless, the Tesla user manual in Germany does not mention the central airbag, at least not yet. As for the Tesla Model Y sold in the U.S., it does not feature such an airbag yet, but it does come with knee airbags for the driver and the front passenger. These are not fitted to the cars sold in China and Europe.

As you can see, Tesla’s approach to safety is weird sometimes, depending on the market. Even so, the Model Y proved to be one of the safest vehicles in crash tests conducted on both sides of the Atlantic. This means both IIHS and Euro NCAP. According to Tesla’s Weibo account, the decision to install a central airbag (also called a far-side airbag) as standard equipment in the Model Y will improve all-around safety.

The new airbag is installed on the right side of the driver’s seatback. It is designed to reduce contact injuries between the driver and the front passenger in the case of a side impact. The new airbag was introduced following the recent Model Y line upgrade at Giga Shanghai. The work was completed on July 16, so Tesla is already shipping the new Model Y to customers. 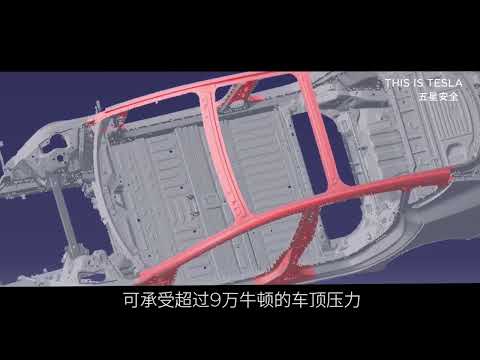