Ten Electric SUVs (No Tesla, Though) Line Up So You'll Know Which Is Best

The very fact we have ten battery-powered SUVs to choose from – and they're not the only ones, they just meet the imposed criteria of having a starting price below 45,000 British pounds (about $61,000) – is remarkable in itself.
13 photos

To be fair, some of them can hardly qualify as such, feeling more like slightly jacked-up hatchbacks, but you get the idea. The EV segment is growing, and since people seem to prefer crossovers regardless of the nature of their powertrain, it seems logical that a lot of the new electron-sippers would go for this body style.

We normally try to include the names of the cars being tested in the title, but since there are ten of them, we're going to have to leave that to this paragraph instead. So, here they are, in alphabetical order so no one will accuse us of any bias: Audi Q4 e-tron, Citroen e-C4, Ford Mustang Mach-E, Kia e-Niro, Lexus, UX300e, Mazda MX-30, Mercedes-Benz EQA, MG ZS EV, Skoda Enyaq iV, and finally, the Volkswagen ID.4.

You'll notice some models are missing – most notably, perhaps, the Tesla Model Y – but that's for one of two reasons: either they're not available in the UK market, where this test is being carried out, or they failed the pricing criteria. Those are the obvious explanations, but we'd like to add a third: they probably didn't want to mess with the round figure of ten anyway once they got it.

At this point, it's worth talking about the qualities most people look for in an SUV in general, and an electric one in particular. For starters, it's clearly not off-roading prowess, so we're more likely looking at the traits that define a family car: practicality, ease of use, comfort on the non-EV-specific side of things, and range and charging times on the EV-related one. Some people may find this hard to fathom, but we're not looking at 0-60 mph or quarter mile times here.

After the initial testing phase, the two hosts were tasked with eliminating eight out of the ten contenders, with the final two going into a head-to-head clash for the ultimate title. Looking at the list of vehicles, you can kick some of them out without even having to drive them. For instance, the Mazda MX-30 is known for its very limited range and quite compact interior, so not an ideal family car. The Lexus UX300e is very expensive and doesn't offer too much in return. The MG ZS EV is an unknown quantity for most people, and there's a good reason for that: it's a particularly great vehicle. The Mercedes-Benz EQA looks great and has a nice interior, but it's way too small (pays the price of not being developed on a specific EV platform) and thus not very practical.

Then you have the three offerings from the Volkswagen Group. The Audi Q4 e-tron, which has just made its commercial debut in the States as well, is a nice piece of machinery, but other than the badge, it offers no reasons to be picked over the Skoda or VW. To make matters worse, its interior is not up to the standards we've come to expect from Audi.

The Volkswagen ID.4 is the obvious choice, but everything it can do, the Skoda Enyaq can do better. It's less expensive and has a significantly bigger trunk, making it the ideal choice for a family car. With the Skoda making it through into the final round, the two models fighting for the second spot were the Kia e-Niro and the Ford Mustang Mach-E.

The Ford definitely has the South Korean model beaten in a few aspects – interior quality, handling dynamics – but it ultimately falls short due to its short range (the longer-range version exceeded the budget cap) and the very pronounced weighty feeling it has in the corners. So, Kia and Skoda it is, then.

With the ten distilled down to two, we felt it was pretty obvious which way the result was leaning. The Skoda Enyaq is by far the better car, and that's even without mentioning the highly questionable exterior design of the Kia (a brand that can otherwise make very beautiful cars). It's larger, has the most usable trunk, and makes the most of VW's competitive MEB platform by offering the longest range out of the three models built on it. However, if you're in a market where the Skoda isn't available, you shouldn't be too upset since the Volkswagen ID.4 definitely is, and we're pretty sure that if they hadn't decided that having more than one MEB vehicle in the final would have been ridiculous, the VW crossover would have taken that second place. 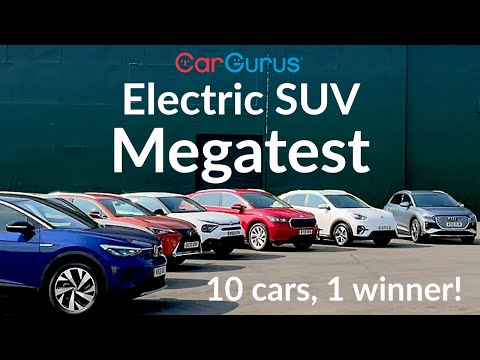