3 Here Are All Forza Horizon 5 Cars Confirmed So Far

Home > News > Videogames
Cosmin Vasile
With just several days away from one of the biggest launches of the month – Forza Horizon 5, Microsoft continues to hype up the favorite series of millions of gamers. Unlike other major game developers that typically put out cinematic or in-game trailers for their big launches, Microsoft went for a live-action trailer to celebrate the upcoming release of Forza Horizon 5.
6 photos

Apart from the fact that it’s an exhilarating trailer that makes you want to play Forza Horizon 5 even if you’re not actually a gamer, it also has something in common with two other big names in the entertainment industry, the Ted Lasso TV show and Far Cry game series.

That one “thing” is Mexican actor Cristo Fernandez who plays Dani Rojas’ role in Ted Lasso. Although he doesn’t appear in Far Cry 6 as well, “Dani Rojas” is well-known to those who played the game since it’s the name of the protagonist.

While we don’t know if Cristo Fernandez would enjoy either of the two games, we would certainly like to see him scream “football Forza Horizon 5 is life” during the live-action trailer.

The trailer called "The Getaway Driver" focuses on the freedom Forza Horizon 5 offers and the multitude of activities players can jump into at a moment's notice. So picking one of Ted Lasso's stars for a role in the live-action trailer feels like a well-thought decision, especially since the game is set in Mexico.

Forza Horizon 5 is set for release on PC and consoles on November 9, but Premium Edition owners will get to play it starting November 5. All Xbox Game Pass members can play the game for free when it launches on November 9. 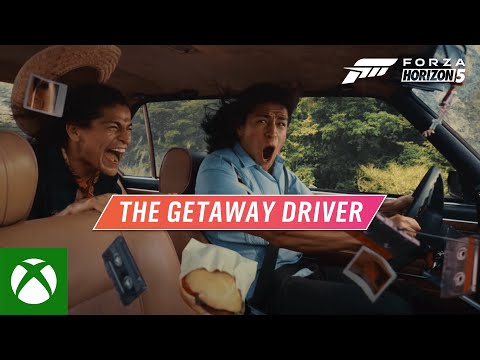