2 Infiniti Prepares Concept to Challenge Audi A3 and Lexus CT200h

3 Infiniti Sports Coupe Coming to Geneva Next Year
Car video reviews:
Up Next 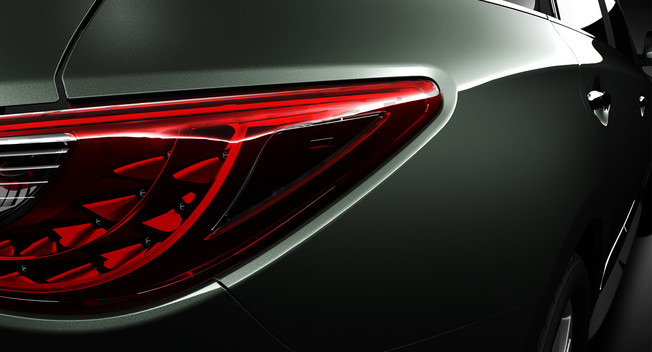 Infiniti has added another piece of the puzzle that is the JX crossover project. This time, it’s a look at the concept’s tail lamp and its side, which are broken up by a wavy belt line. The last teaser showed us a headlight, front fascia and the wheel, all following the Japanese carmaker’s current design language. It’s pretty evident that it’s going to be compact in proportions, more like a jacked-up MPV than a Jeep.

Designated JX, the model will first be shown in concept car form at the Pebble Beach Concours d’Elegance in August before a production model debuts at the Los Angeles Auto Show in November, with sales to begin starting in 2012. It will sit in the model range in between the FX and the eight-seat QX.

It will be pitted against rivals like the Mercedes Benz GL-Klasse, Audi Q7 and the Lincoln MKT in the States. However, most of its competitors are stuck with a two-row configuration, while Infiniti has gone for three.

"Families don't have many luxury vehicle options today. The new Infiniti JX will be the 7-passenger antidote to the ho-hum luxury crossovers that are out there right now," said Ben Poore, vice president of Infiniti Americas, in a statement for the press.

Although Infiniti has shifted to rear-wheel drive on most of its models, the JX might actually use the same FWD platform used by Nissan’s Maxima, Altima and Murano, which will give the JX the ability to offer all-wheel drive. Engines? Well, the 3.7-liter is a clear possibility but, trademark filings have been made for the JX20, JX25, JX25h, and JX30, indicating a focus on smaller engines.