2 Helio Castroneves Allowed to Race
Car video reviews:
Up Next

Team Penske Will Wait on Castroneves to Announce Lineup 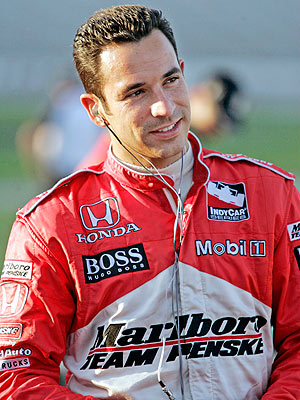 Team Penske is one of the few teams in the IndyCar Series – the ones that actually count in the title race year after year – that are yet to announce their drivers' lineup for the upcoming season. Unlike championship rivals Andretti Green Racing and Target Chip Ganassi Racing, Penske announced they will wait on naming their driver for the 2009 IndyCar campaign until after the Helio Castronevez' 'situation' is clarified.

“We've talked to plenty of drivers, but it's a bit more complicated because we want to stand by Helio as long as we can, or until we know what his situation is. Obviously, we have to have a back-up plan if he isn't able to drive. The easy thing to do would be to say, 'We'll get another guy and we'll see you in 2010.' But we don't feel that's the right thing to do,” said team's president Tim Cidric, according to the Indianapolis Star.

The series' runner-up in 2008 was indicted with tax evasion last year, with the trial date being already set for March 2nd, in an US District Court in Miami. Castroneves was indicted with hiding more than $5.5 million in offshore accounts to avoid paying taxes to the US government. However, the Brazilian insists he is innocent and is confident all will work out well before the start of the racing season.

“One day obviously the truth will come out. It's very sad, but who said life gets to be all happy? I try (to be happy). Don't get me wrong, I'm Mr. Positive . . . and just continuing to be myself. That's what brought me up to this point,” admitted Helio to Indy Star.

Also, Castroneves appreciates the trust given to him by his IRL team and revealed that “I think what they're doing is letting me focus on what's important right now -- not that racing is not important -- but it's important for me to finish one step at a time. That's what I'm doing.”

Should things fail to work out for Helio in the end, Penske team has plenty of drivers to choose from ahead of their 2009 campaign. Justin Wilson, Will Power and Ryan Hunter-Reay were all linked with a potential move to Team Penske, while F1 veteran Rubens Barrichello could also join the group in the future.