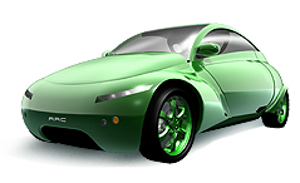 Set on becoming a global player on the international automotive market, on Friday Indian manufacturer Tata announced its decision to establish a new division, in charge with the development of its future vehicles.

Called Tata Technologies Vehicle Programs & Development (VPD) Group, the new division will be lead by Kevin Fisher, a 30-year veteran of the automotive industry. He will be in charge of a team of 200 engineers from four Tata engineering centers: Detroit, Coventry, Pune and Stuttgart.

VPD will be in charge mainly with developing vehicles and technologies for third parties. An example is the partnership with Genovation for the creation of the G2 electric car. Although it didn't name the other partners, Tata says it will also be working with premium European car manufacturers, North American OEMs, automotive suppliers and independent automotive start-ups.

The first product from VPD, the G2, will be on display at the 2011 SAE World Congress starting April 12. At the same venue, the VPD team will be displaying an urban mobility concept model, created by the Tata Technologies North American Styling Studio.

"The next decade will see an ever increasing demand for accelerated product development that also will need to incorporate more new technology than the auto industry has seen in 30 years," Fisher said. "We are positioning the Tata Technologies VPD Group to set the pace in automotive product development and technological innovation."