1 Tata Nano, Rebadged and Sold by Others

2 Tata Nano Is On Fire 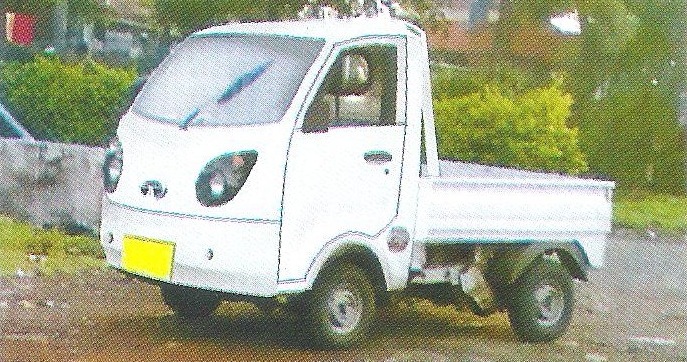 Tata Motors has already introduced the world's cheapest car, the well-known Nano, but it appears that the Indian manufacturer is willing to take full advantage of this car in every single area. While various versions of the Nano are still in project version - count here the hybrid Nano and even the US-bound model - it seems that Tata is working on a pickup truck derived from this particular vehicle.

You can see the result in the adjacent photo published today by indianautosblog.com. At first sight, you might be tempted to say that it has nothing in common with the Nano but the small wheels and the single windshield wiper could be the first indications that the pickup will indeed be a larger Nano. Sort of...

Although this is not exactly what you'd expect from a pickup, it appears that the engine will be a 350cc one-cilinder diesel. Final output is still unknown but even so, don't expect too much power, even if we're talking about a pickup.

According to the aforementioned source, the pickup truck will bear the Penguin namepleate and will compete with several other similar vehicles in the Indian market, including Mahindra Gio.

Tata Motors hasn't commented on the reports so far but more details are likely to surface soon if the Indian manufacturer is indeed working on this kind of project. Pricing is likely to stay in the low-budget range, with Tata probably planning to sell it overseas as well and offer it as a cheaper alternative to existing models.