2 Tarquini and Muller Give SEAT Perfect Weekend at Imola 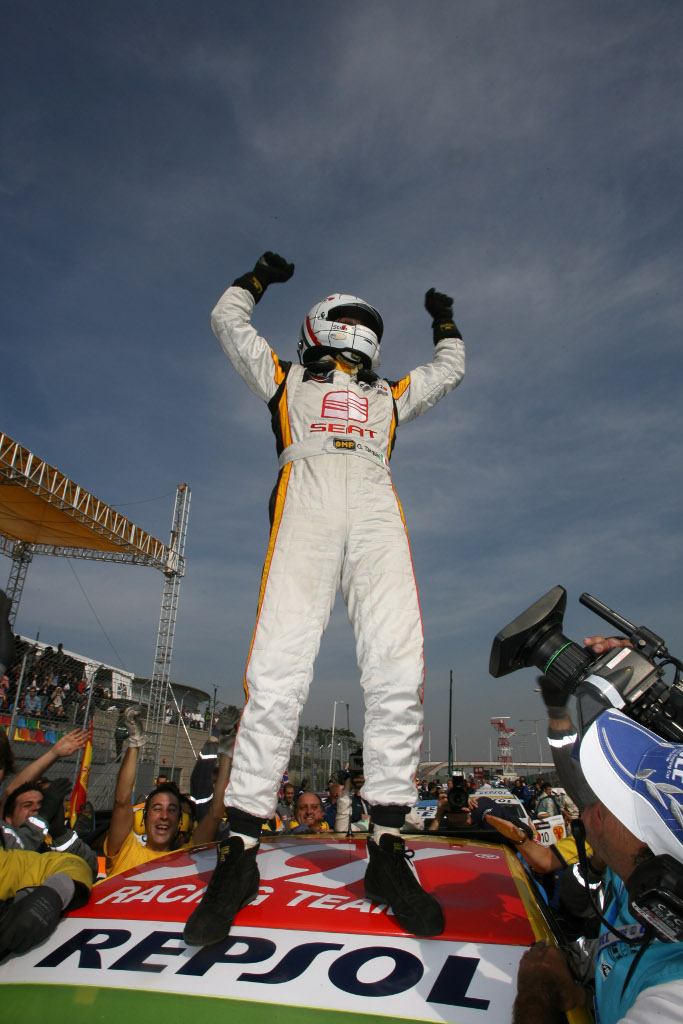 Italian driver Gabriele Tarquini became the oldest world champion in the FIA World Touring Car Championship on Sunday, after securing his first crown in the aforementioned series. Although he didn’t end up race winner in the season finale at Macau, Tarquini’s 5th place at the finish line was enough for him to hold off BMW’s Augusto Farfus for the title.

The BMW driver started the Sunday race from pole position – after a trouble-full first race on Saturday, which he finished in 8th place – but two safety cars were to bring an end to his title hopes within the first 8 laps.

Farfus led the race with a comfortable advantage over teammate Jorg Muller, but the SEATs were right there behind them with Yvan Muller and Tiago Monteiro in 3rd and 4th respectively. The first safety car came in during lap 3, when Tom Boardman lost control of his SEAT Leon and smashed it into the barriers of Solitude Esses.

Until the second safety car – which was deployed on lap 8, following a spectacular crash involving BMW drivers Felix Porteiro and Franz Engstler – Tarquini managed to climb up to 5th place, as a result of team orders from SEAT slowing down Marc Gene.

In the end, the race organizers decided to red-flag the race due to a huge amount of debris on the track, turning Tarquini’s 5th place into a title-clincher.

“Maybe this was my last chance to be world champion and I took it. It was a tough season especially against great drivers like Yvan (Muller) and Augusto (Farfus). I became the champion without knowing – the team was smiling and crying but I didn’t have a radio so realized a little bit later,” said Tarquini.

“I started the weekend with a crash which is obviously not the best way to win a championship. The mechanics were fantastic and spent all night and one day to re-build the car better than it was before! I must say thank you to the team who are unbelievable,” added the Italian driver.

“Today I had to do my best like I have done all season but unfortunately it didn’t happen. If couldn’t be me as world champion I am happy it is Gabriele (Tarquini). He’s a friend and a great world champion,” added Yvan Muller, who missed out on defending his world title by only 4 points to Tarquini.

Also, SEAT secured their second consecutive world title in the manufacturers classification, ending the season with a 3-point advantage over rivals BMW.