1 Inside Leo Messi's Garage: A Tour of a Hidden Multi-Million Dollar Car Collection

Celebrity culture is often blamed for how we, regular people, tend to regard celebrities as flawless role models, idols that deserve religious-like worshiping. But these celebrity idols have nothing on Diego Maradona, El Diez, the God of Football himself.
8 photos

Diego Armando Maradona, widely considered one of the best football players in the world, was a God in his home country of Argentina. His sudden death in November 2020 from a heart attack following surgery left hundreds of thousands of fans reeling and sent the entire country in mourning for days. On May 25, many of these fans found some consolation with the official unveiling of the Tango D10S, a private jet inspired by and dedicated to Maradona.

Tango D10S is also the ultimate Maradona tribute from the ultimate Maradona fan since it was commissioned and paid for by the fintech company Give and Get, founded by Gaston Kolker. At the launch, Kolker described himself as Maradona’s biggest fan. The private jet isn’t just decked in custom, themed delivery: it is a flying Maradona museum, which also offers a personalized experience.

The 12-seater will fly around Argentine on several yet-to-be-announced trips but will also touch down in Barcelona, Spain, and Naples, Italy, before arriving in Qatar for the World Cup in November 2022. Kolker says that the jet will then be offered for private charter before selling it off at auction.

The Tango D10S (“Dios” means “God” in Spanish, and Maradona’s T-shirt number was a 10, so the name is pretty self-explanatory) is immediately recognizable for the Maradona livery: the star with the World Cup trophy on the fuselage, his face on the tail (with the date 1960 to infinity), his Hand of God goal from the ‘86 World Cup on the left wing, and his other goal at the same match on the right wing.

As the saying goes, it’s what’s inside that matters. Tango D10S is packed with Maradona memorabilia, so the 10 guests flying will be able to get very close to the late sportsman through a series of items he owned and used. A Maradona hologram is offered for an interactive experience, where the AI-powered image offers short motivational speeches and answers from a list of preset questions. As the AP video at the bottom of the page shows, one particular speech about how he will never forget his fans ends with the visual of Maradona turning into an angel. 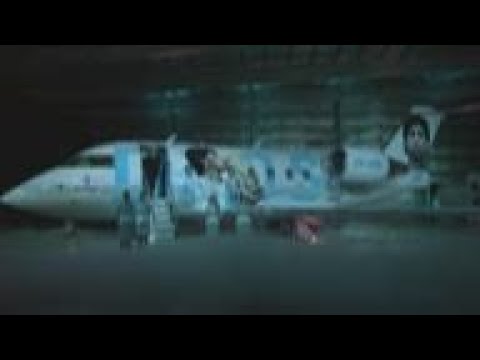