The company started as an electric snowmobile developer, with Nomad, Ekko, and Atlas being all Taiga Motors creations. Back in March, the Canada-based manufacturer announced that its Nomad snowmobile is finally ready to reach its first customers and it plans to roll out the other two models, too, as soon as the company’s Shawinigan factory in Quebec becomes operational.

Taiga Motors claims it developed the “world’s first performance-focused, commercial, electric off-road powertrain, pioneering cutting-edge technology to electrify the off-road segment”. It first tested that powertrain on its snowmobiles and then adapted and “fine-tuned” it for Orca.

With a capacity of two and a carbon fiber composite hull (the Carbon version), Orca is hydrodynamic and engineered for dynamic handling. It is also customizable in terms of color/finish and is very low maintenance. The PWC offers intelligent connectivity and other competitive features.

Orca is available in three versions: Carbon, Sports, and Performance, and boasts an output of up to 120 kW (160 hp). It offers up to 45 km (28 miles) of water-based fun per charge. The most expensive version (Carbon) includes Level 3 charging, taking the battery to 80 percent in just 30 minutes.

Taiga Motors’ CEO, Samuel Bruneau boasts of this being an important moment for the company because, in addition to kicking off summer with Orca deliveries, Taiga is also marking an important milestone by becoming the first manufacturer to mass-produce electric watercraft available to consumers. This achievement is an important step in Taiga’s journey to electrify the off-road segment. 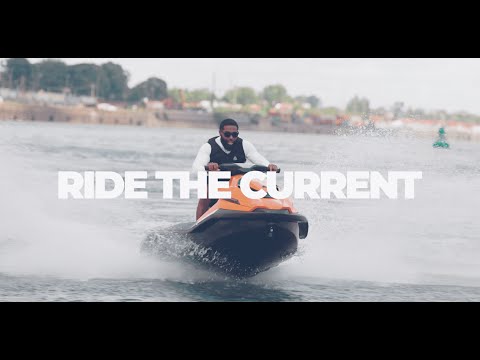