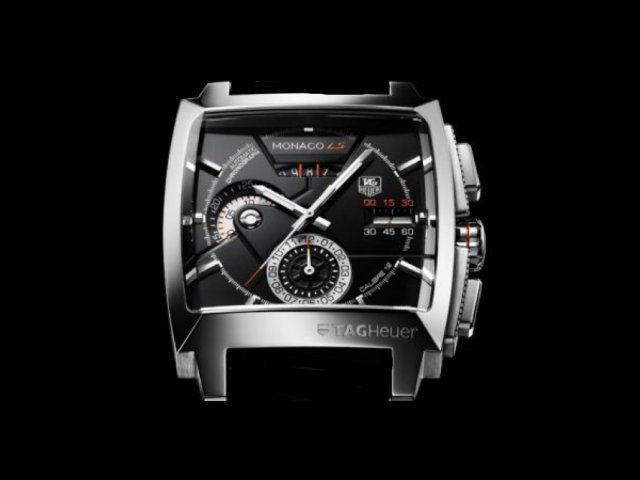 For some time now, two separate and usually unrelated industries go hand in hand. The watch making industry has found a faithful ally in the automotive world, as several car manufacturers have teamed up with watch-makers to create unique accessories for motorists.

In TAG Heuer's case, the story goes a little different. The Swiss have developed a passion for high-speed and endurance racing, time after time releasing new watches to celebrate races around the world.

One more time, TAG pays homage to such an event, as they will release the LS Monaco Chronograph Caliber 12, in honor of the first Monaco, worn by Steve McQueen on the Le Mans circuit.

The movement on the new watch is Dubois Depraz caliber so the seconds, shown in a linear date opening, can be read linearly from the tip of a double red rhodium hand. The dial takes inspiration from the Monaco 360 Concept Chronograph, encased in a 40.5 mm brushed stainless steel case, waterproof down to 100 m.

Reminiscent of the Monaco 4, the bracelet is made in black alligator with a folding clasp. The stainless steel strap features a unique micro-adjustment device.

Watch aside, TAG Heuer has found an exciting way of promoting their new product. The launch of the new LS Monaco Chronograph Caliber 12 is previewed by a video duel between Steve McQueen and Lewis Hamilton. Unbelievable, you say?

No, it is actually very real. Sort of... The video, called "The Duel" combines scenes from McQueen's 1970 movie with Lewis Hamilton shots. What came out of it you can watch here.

"Steve McQueen the Legend has passed the mantle to Lewis Hamilton the Virtuoso," Jean-Christophe Babin, Tag Heuer COE said in a release. "And the original Monaco has morphed into the incredible Monaco LS, the new cult status symbol of the racing circuit. What a race, what a party, and what a watch!"