5 Ravenseye Manse Has Its Own Vintage Aistream, Is the Perfect Summer Home
Up Next

From a 1966 Miura to the Murcielago, Here Are Some Lamborghini Legends That Time Forgot

It’s not that often that A-list celebrities publicly list their properties, let alone with such incredible memorabilia as Sylvester Stallone is offering with his. But whenever it happens, you can bet it’s something impressive. This also applies here.

If you’re on the market for a house fit for a king (or queen), a family home in modern Mediterranean style packed with art and memorabilia, a great location to entertain, a place to house your car collection, and one of the most exclusive and expensive properties in Los Angeles County, you’ve come to the right place. It’s also has premium celebrity pedigree, having been owned by none other than Sylvester Stallone. As long as you have $85 million to spare, you could have it.

Stallone has relisted his Beverly Hills mansion slash family home, after first putting it on the market in early 2021 for $110 million and failing to sell it. So, if you look at it, you’re getting a major price cut if you grab it today for $85 million.

The sudden developments of 2020, with the international health crisis and everything it brought about, forced celebrities and public figures to reconsider housing. California has been particularly hard-hit by homelessness and that, in conjunction with the desire for more privacy, got millionaires to move out. Stallone and his family were among them: in December 2020, he bought a mansion in Florida, and they relocated there for good.

Not that you wouldn’t get privacy with his Beverly Hills manse, mind you. 30 Beverly Park Terrace is situated on top of a mountain, in an exclusive gated community that counts Summer Restone, Denzel Washington, Justin and Hailey Bieber, Mark Wahlberg and Magic Johnson as residents. Access to the mansion is done through a security gate, at the end of a long private driveway.

As with most celebrity abodes, this is technically a compound: you have the main house and a guest house added to the property at a later time, with a design by Richard Landry. In total, you have eight bedrooms and 12 bathrooms, more than enough to entertain a party. Speaking of parties, you also have a massive motorcourt up front, and an eight-car garage with air-conditioning, where you can store at least a handful of your prized vehicles. The garage comes with its own art studio, because, really, what car collector do you know who doesn't fancy themselves a bit of an artist as well?

“Even the garage has a great view,” Barron N. Hilton (yes, that Hilton), who held the listing the first time around, said when it became public.

Indeed, every room in the house has panoramic views of the city and the canyons, because the house is on top of the mountain. Stallone bought the land in the late ‘90s and personally oversaw construction of the two-story house. It comes with everything you need to lead a completely isolated and luxurious life, from professional kitchen, to custom bar, cinema, wine cellar, a ginormous pool, a proper gym (you have to get in your best Rocky shape, you know it), a cigar room, lounges and loggias galore, and a spa.

The attached guest house has two bedrooms with ensuites and its own kitchen, so if you’re having people over for longer periods, you won’t even have to see them daily if you don’t want to. The pool has an infinity edge and a large sundeck, and it’s surrounded by a vast open area that could be repurposed, if you wanted.

Described as modern Mediterranean, the mansion is a furnished in marble, precious woods, lush fabrics, and glass. Finishes are eclectic but modern, and perhaps the art scattered throughout is the best example of that: you have at least a couple of life-size Rocky statues, Rocky and Rambo busts on display shelves in the office, and similar paintings throughout. If you’re not a fan of Stallone’s work, this can definitely feel a bit too much.

Even if you’re not the target customer for it, here are a couple of videos to satisfy your curiosity about how Sly rolls. Rolled, better said. 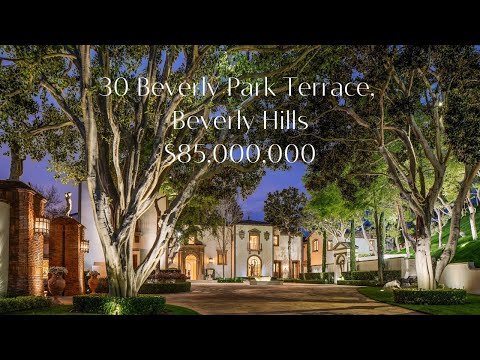 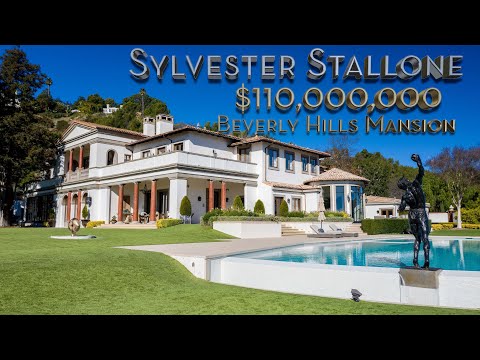