3 Suzuki Presents Swift Sport Rock am Ring Edition
Up Next 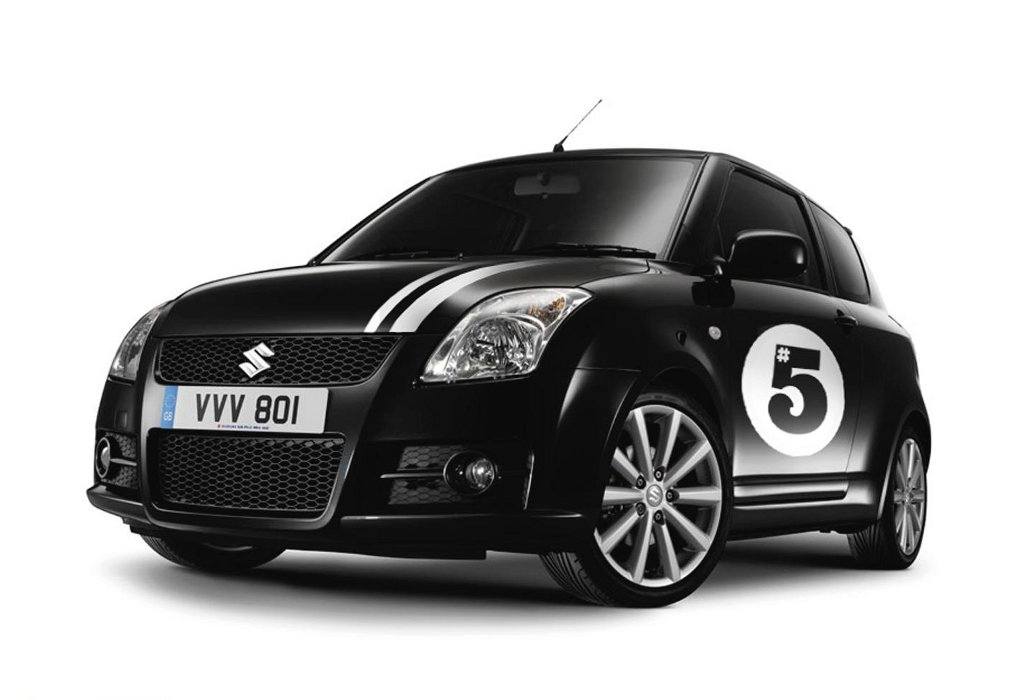 The following equation brings together the following given data: the British division of Suzuki, Manchester United defender Rio defender, a large number of Twitter followers, and the #5 Magazine. This all adds up to a one-off Suzuki Swift Sport giveaway that celebrates Rio Ferdinand reaching one million Twitter followers.

The competition will be run online until the end of July 2011 where entrants are being asked to answer one simple question to be in with a chance of winning the one-off Swift Sport. The car has been branded with the #5 logo, and specially designed #5 carpet mats.

“Within 20 minutes of the competition going live, more than 23,000 people had visited the competition page and left over 200 comments which have complimented the Swift Sport on its looks and driving experience. To date, over 8,100 competition entries have been received and over 2,500 comments and brochure requests have been made on the site,” Suzuki brags.

The promotion will feature in the June and July issues of #5 Magazine, is mentioned on Rio Ferdinand’s Facebook and Twitter pages and will also feature on his website.

“We are extremely excited to be able to offer this unique prize in association with #5 Magazine and Rio Ferdinand.  It’s a good opportunity for us to build on increasing our brand and Swift Sport awareness ahead of the new model arriving later in the year and is the first time we have run such a competition online so we are looking forward to seeing the response we get,” stated Suzuki’s Director of Sales and Marketing, Dale Wyatt.