Believer or nonbeliever, mostly everybody is acquainted with the story of David and Goliath. Because of his humongousness, the giant Philistine warrior was defeated by the soon-to-become king of Israel for one very simple reason - David was a lot smaller and lighter than Goliath, details that gave David the upper hand in battle.
1 photo 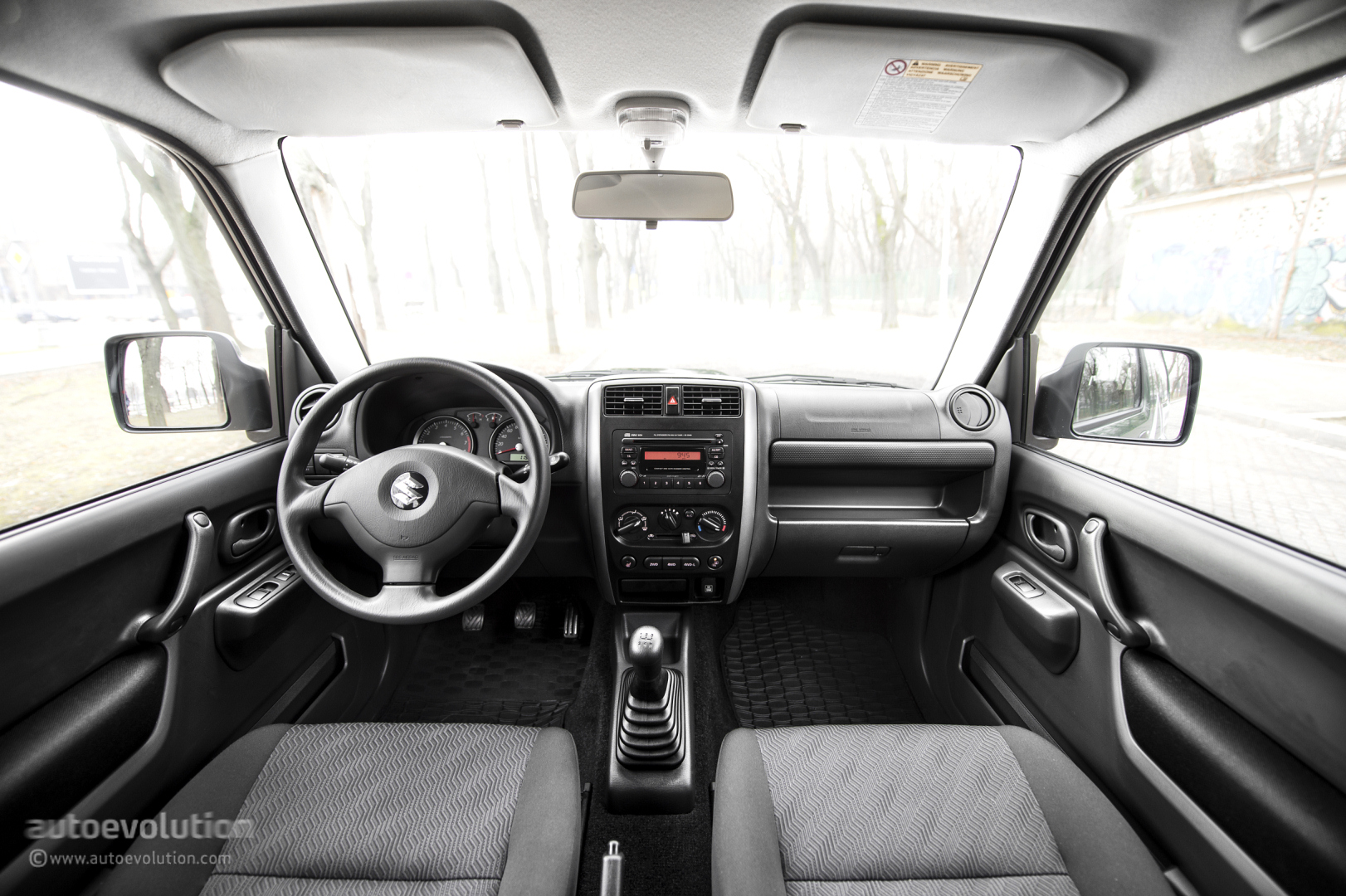 If the Suzuki Jimny was David and the likes of the Jeep Wrangler and Nissan Patrol would be the four-wheeled equivalents of Goliath, it gets rather easy to understand that the Jimny has all the advantages in off-road situations. Oh, if only the 1.3L motor would’ve had more than 85 HP and 110 Nm (81 lb-ft) of torque... 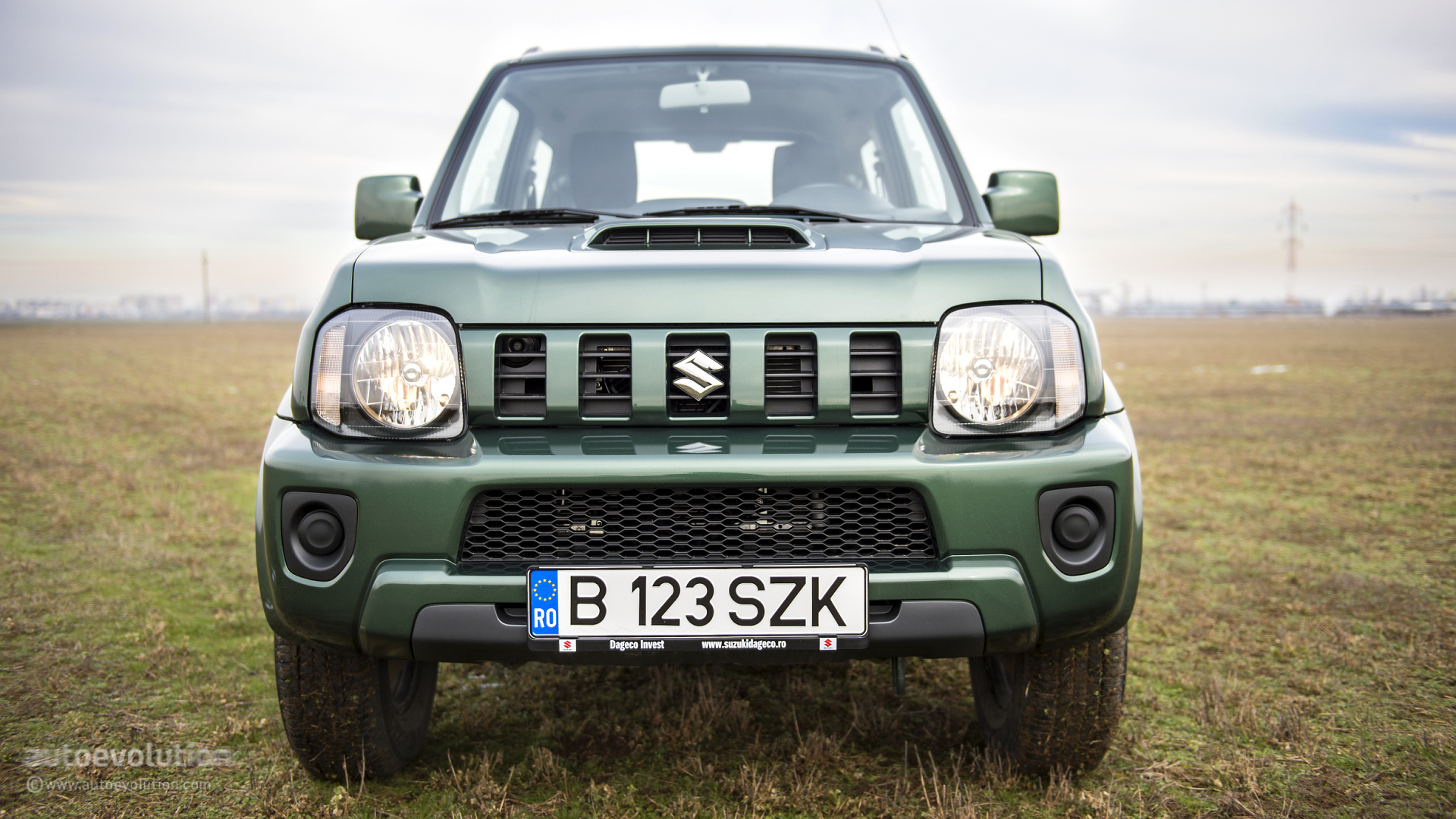 Then again, the Jap’s interior isn’t on par with its off-road-oriented rivals either. Though the plastics are hard-wearing, you can’t escape the feeling that even the Wrangler gets more toys on the inside. Functionality is king, but in this day and age, comfort and entertainment and equally important even for 4x4 vehicles. 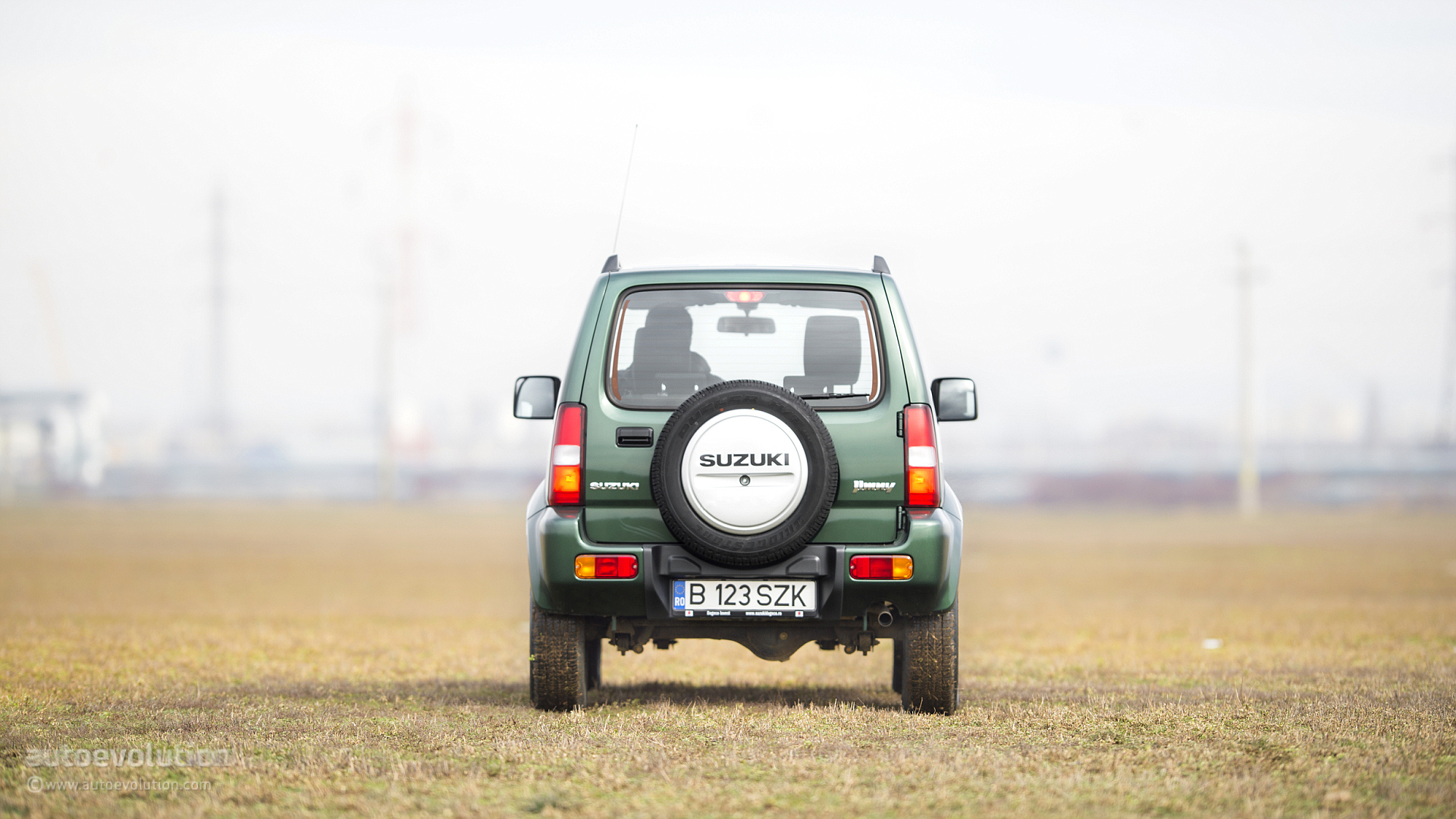 If the lack of grunt and uninviting cabin aren’t exactly its strong points, its exterior design is together with how capable it is in mild off-road scenarios like green laning or when the city is hit with by a blizzard. See that full-size spare wheel fitted on the tailgate? That’s a tell-tale sign the iconic Suzuki Jimny means business. 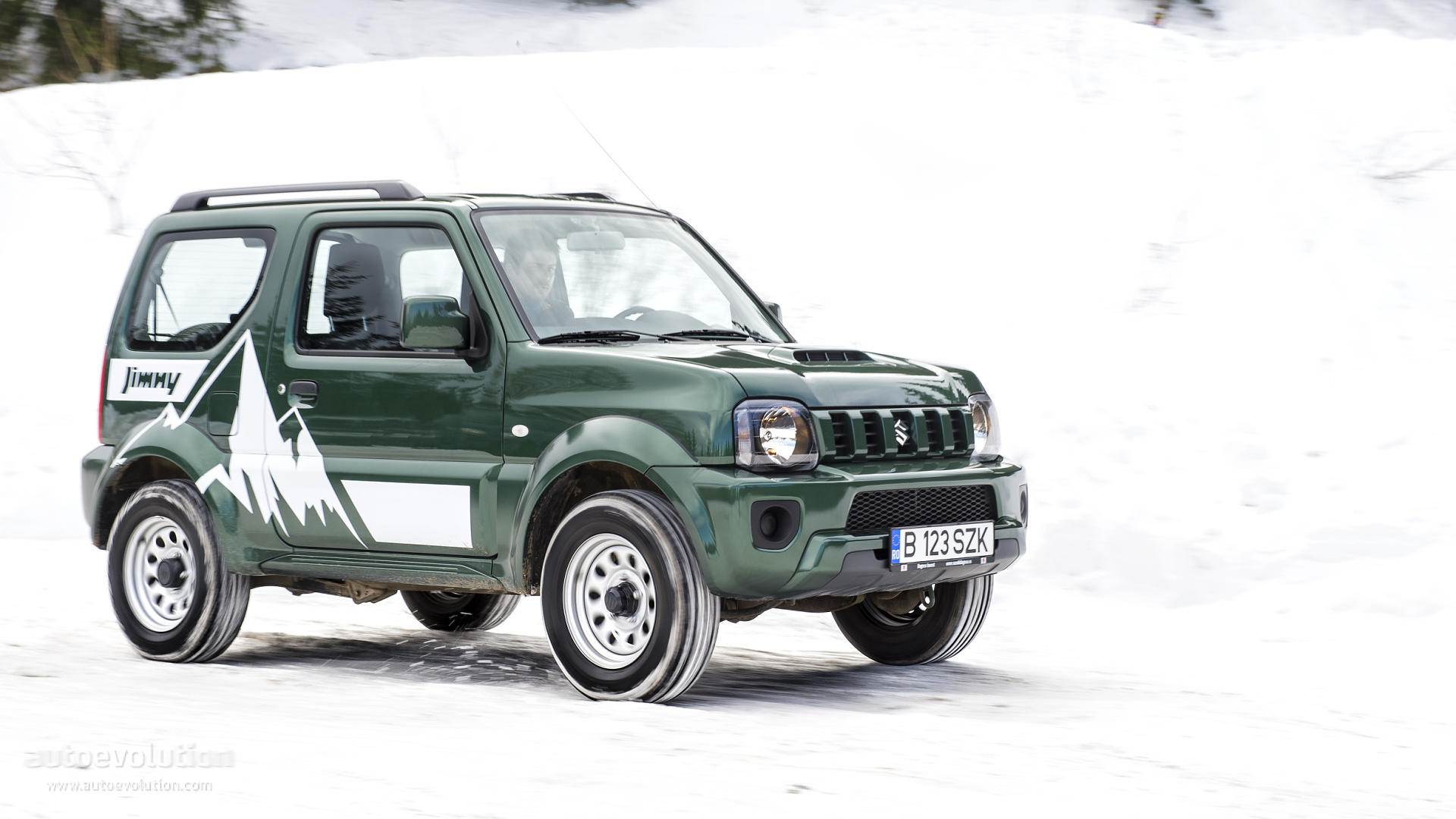 From every angle you look at this lil’ bugger, it is hard to find an awkward-looking area. Even though the hood scoop is fake, this apparently small aesthetic detail enhances the rough and ready persona of the Japanese mini-SUV. In addition to that, the Jeep Wrangler-inspired slats of the radiator aren’t too shabby either. 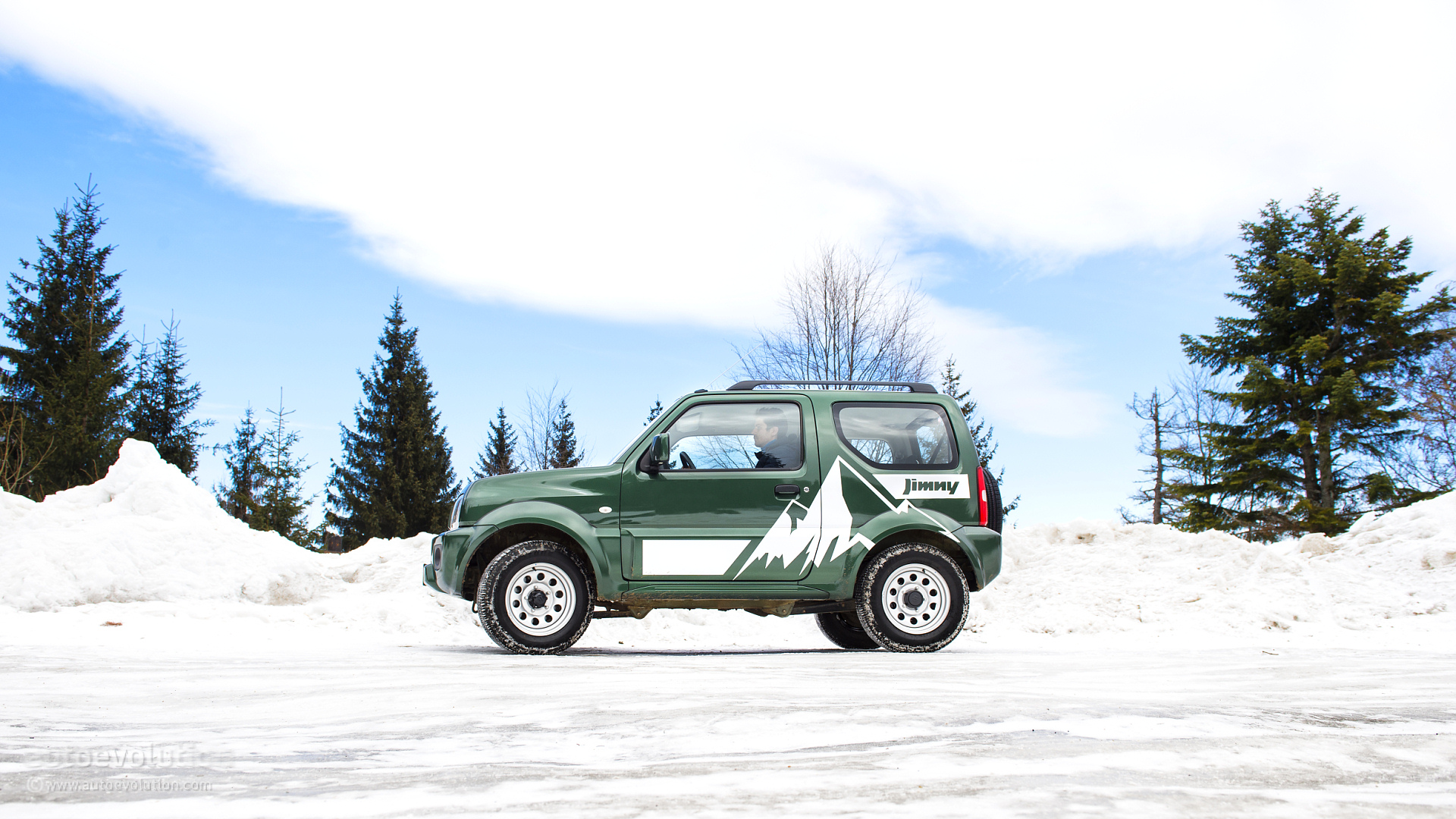 The weather was rather capricious and the sun played hide and seek with our resident photographer during the photoshoot, but you know what? The Suzuki Jimny always looked great, clean and dirty, and it absolutely shines through the camera’s lens. Other than these six HD-quality pictures, our review’s gallery features 56 more wallpaper-worthy photos.