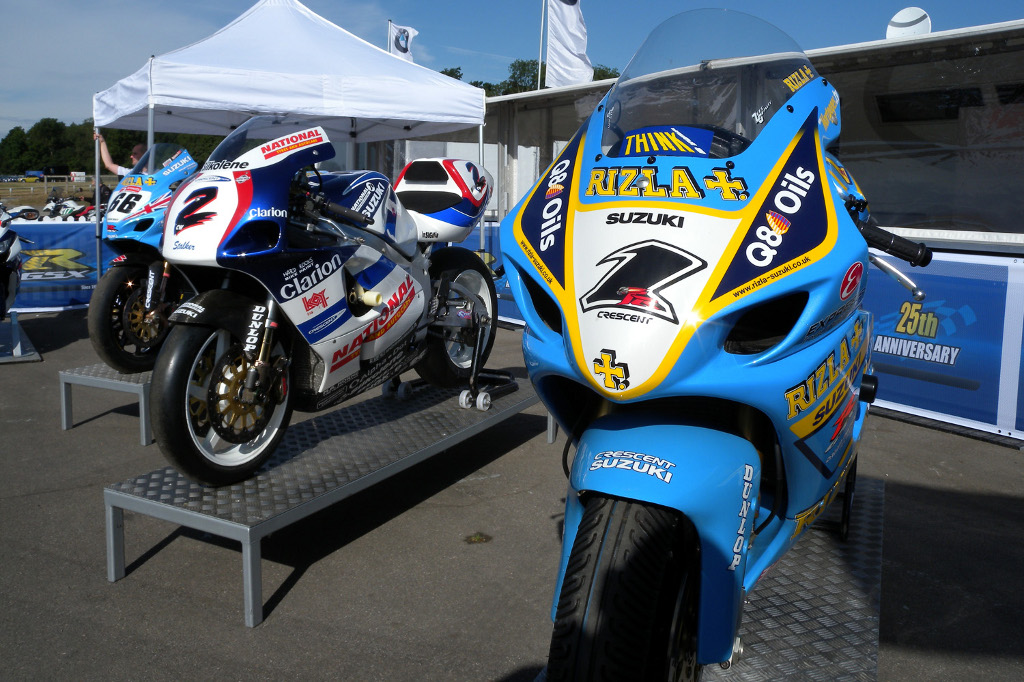 Celebrating the 25th anniversary of its popular gixxer range, the British division of Suzuki enjoyed a great deal of attention the past weekend at the Brands Hatch British Superbike Festival. Highlights of the show included Spanish MotoGP rider Alvaro Bautista and three-times BSB champ John Reynolds giving the crowd demonstration laps on the GSV-R800 MotoGP bikes.

Moreover, demo laps were also given by the Alstare World SBK duo Leon Haslam and Sylvain Guintoli on their GSX-R1000 machines.

"This weekend has been a dream come true. I got to ride the MotoGP bike and frankly it's unbelievable – I've never ridden anything like it my life. It's a noisy violent animal, yet it's surprisingly tractable, you can safely take to the edge of its tires but once you get it upright it goes from 8 to 18,000rpm in fractions of a second – it's just so quick!" stated triple BSB Champ, John Reynolds.

"It's been great to share in the GSX-R celebrations as well. The GSX-R means so much to me, both as a dealer because it transformed our business and personally as the GSX-R has given me so many amazing biking memories, even today I still ride my own GSX-R1000 regularly – I've done three or four track days already this year and in June I took it for my first lap of the Isle of Man TT circuit," added Rizla Suzuki MotoGP team manager Paul Denning.