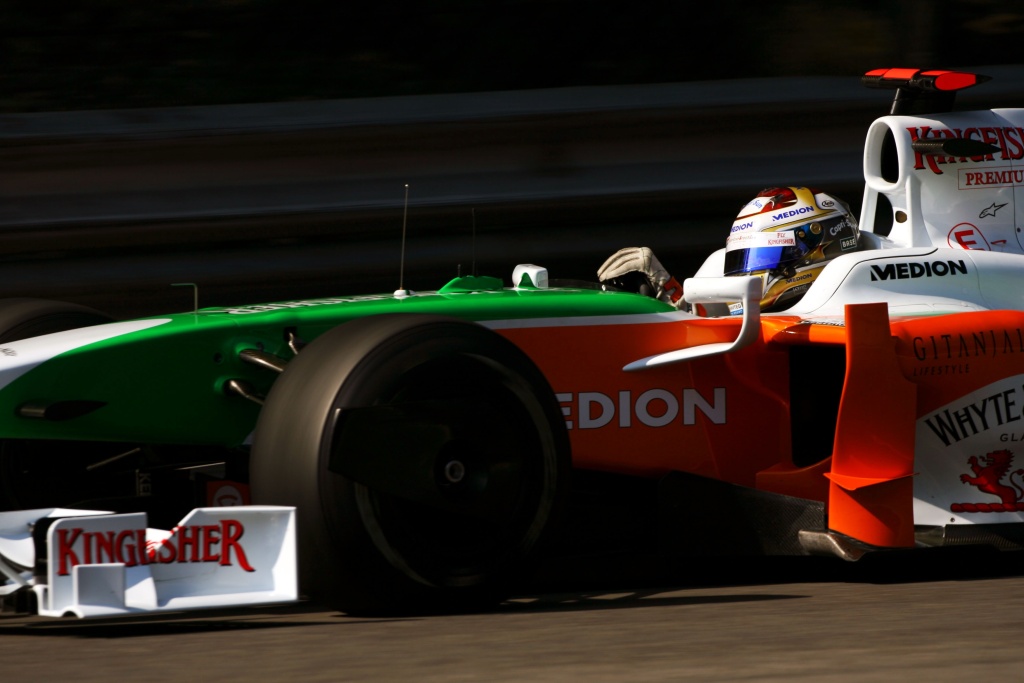 Force India might not miss Giancarlo Fisichella too much, as their car seems to have finally got up to speed in the Formula One Championship. After a decent 3rd place during practice one of the Friday action at Monza, Vijay Mallya's leading driver Adrian Sutil topped the time-scoring sheets during the afternoon session.

With the majority of drivers sticking to hard tires for the second practice session, the German driver went on to finish the afternoon with the best time of 1:23.924. The Force India driver sat in the garage for the first part of the session due to an engine change with his VJM02, but soon rejoined the track with a few outstanding lap times.

While constantly improving his lap times, Sutil eventually clinched the top spot when finally switching to soft tires in the last 15 minutes of the session. He then overtook compatriot and BMW driver Nick Heidfeld on top of the standings and had to face a late surge from the Renault drivers in the final few minutes of the session.

And that brings us to the second surprise of the day, which came from Renault's Romain Grosjean. Racing on a KERS-powered R29, the Frenchman managed to finish P2 ahead of teammate and 2-time world champion Fernando Alonso, only 0.134 seconds separating the two in the classification. Grosjean even led the practice session briefly in the final few minutes, before Sutil further improved his time and retook first place.

The Red Bull and the Brawn drivers all ended the P2 outside the overall Top 14. Here are the complete results: