Sutil to Push for Maiden Points at Monza 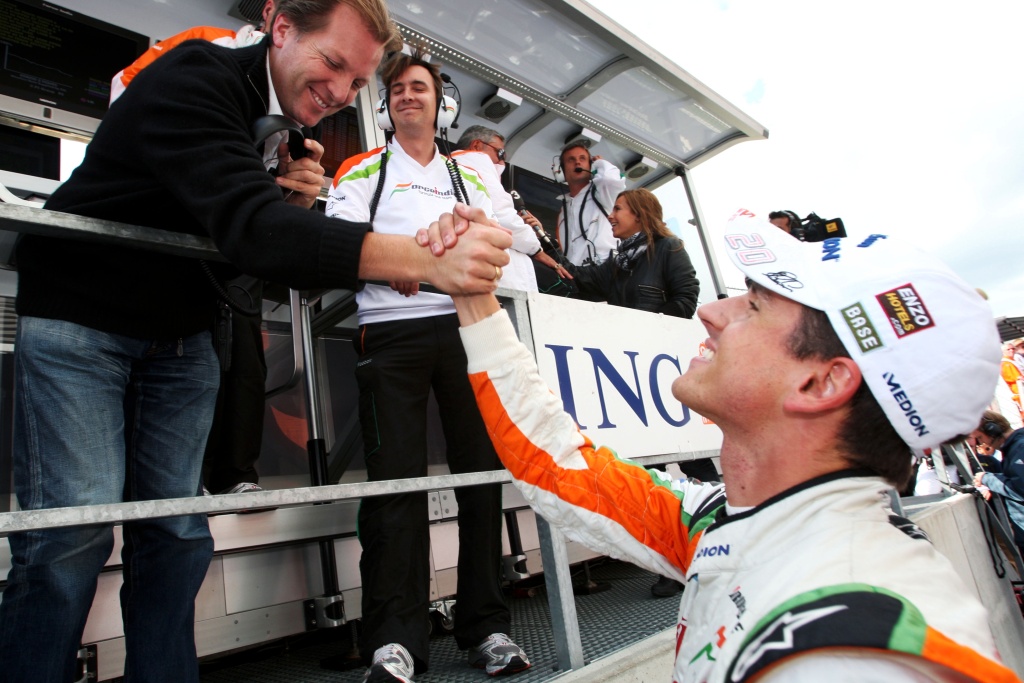 Adrian Sutil has been one of the most constant drivers throughout Friday's practice sessions of the Italian Grand Prix, as his podium finishes in both P1 & P2 are reason enough for Force India to push their luck once again for a good result in Formula One. Although he is now the leading driver in Vijay Mallya's lineup, Sutil did not feel any pressure when setting the fastest time of the day, some 0.012 seconds better than McLaren's Lewis Hamilton.

More, the German is poised to squeezing the best out of the improved VJM02 on both Saturday qualifying and Sunday race, now that the responsibility of bringing home points for the Silverstone based team rests on his shoulders.

“The car has been increasingly competitive over the past few races, especially in Spa. At the moment - P3 in the morning, and now P1 – it gives me a very good feeling and I'm absolutely confident that the car will be able to achieve a very good qualifying position,” said Sutil after the second practice on Friday.

“It's hard to get to P1, but if everything is right and you feel good in the car, then there's no reason why you can't get there. I think I've got the experience to go out and be quick, and that's what I'm doing right now.”

Sutil's best qualifying performance so far in the 2009 Formula One season has been a 7th place at the Nurburgring, during the German Grand Prix. At the time, the German was the first driver to take a Force India machinery into the P1 in the team's history. While running in as high as 2nd place during that race when, at the pit stop exit, a collision with Kimi Raikkonen's Ferrari led to important damage to his car and eventually ended his race for points.

The German is still to score a point in Formule One.