3 Pedigree of the Brands - A Different View of the Story...
Car video reviews:
Editorial 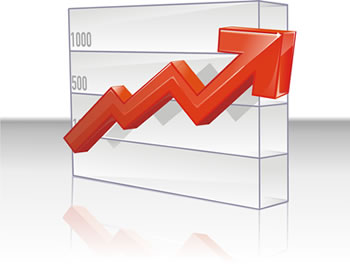 A JD Power survey has some good news for car dealers. Apparently new-vehicle buyers are returning to dealer showrooms in March, lured by incentives, after the news about recall and bad weather kept them away in February. According to predictions, new car sales in the US will be up 25% as compared to the same period one year ago.

New car sales in March are expected to come in at 883,300 units, which represents a seasonally adjusted annualized rate (SAAR) of 9.9 million units. This reflects a retail SAAR increase of nearly 2 million units, as compared to February 2010. Compared to March 2009, retail sales are projected to increase by 2.3 million units.

"New-vehicle retail sales increased robustly during the first half of March, and are expected to remain strong throughout the remainder of the month--setting the industry recovery back on track," said Jeff Schuster, executive director of global forecasting at J.D. Power and Associates.

"March sales could outperform projections if the pace does not level off as expected for the remainder of the month. However, there is some risk that the incentives offered by Toyota could spark an incentive war among several automakers. While this may lead to a temporary increase in sales momentum, it could also potentially slow the pace of long-term recovery."

According to JD Power, the North American car production will reach 922,000 units, up 57% from February 2009. For the first quarter of 2010, production is on target to reach 2.8 million units, an increase of 70 percent from the same period one year ago.