Supercharged V8 Ford FPV Falcon GT Could Hit the US 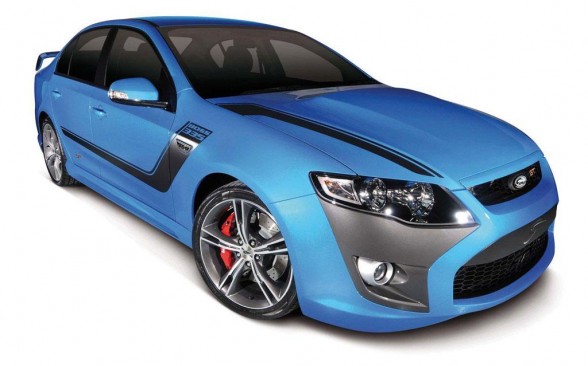 Rear-wheel drive performance sedan fans in the US were saddened when General Motors decided to close the Pontiac brand and cease importing the rebadged Holden Commodore as the G8. While rumors continue to suggest GM might bring back a rear-drive Australian performance machine to American soil, Ford could actually beat them to it.

According to Australian Online publication Drive, Ford Performance Vehicles, the go-fast division of Ford Australia (the Aussie go-fast Ford division), might bring its supercharged V8 technology back into the US, but this time it will be wrapped in an Australian-made package. The new vehicle will undoubtedly use the supercharged 5.0-liter V8, that makes 449-hp and 420 ft-lbs of torque.

"The team at FPV is on the record about their desire to potentially use the supercharged V8s elsewhere in the Ford world but at this stage there are no definite plans. It's no surprise to us, though, that others would love to experience what we have on offer down here," Ford Australia spokeswoman Sinead McAlary told Drive.

FPV is eager to expand its offerings and former Ford Australian president Bill Osborne already admitted a plan was underway to export the cars to China and the Middle East. Ford is currently promoting a global strategy, that will not only see mainstream cars (like the Fiesta and Focus) sold in all markets, but will also focus on utilizing the company’s performance vehicles in regional markets. Ford’s Vice President of global marketing, Jim Farley, recently stated that the automaker intends to put a focus on rear-drive models for the U.S. market.