4 Hummer EV Is All About Civilian Life Now, So the U.S. Army Got Its First GM ISV

5 This LSX 1968 Chevrolet Camaro Restomod Looks 570-HP White, But It's Not
Car video reviews:
Up Next

The second-generation Colorado is no pickup truck to be ashamed of, especially when selecting the halo off-road performance ZR2 trim. But the aftermarket segment thrives on improving just about everything – even if one is more renowned for upgrading Chevrolet's Corvettes rather than its pickup truck workhorses.
19 photos

No worries, because Callaway has the Colorado fans covered as well, bringing supercharged punch to the V6-toting midsize pickup truck. That’s going to bring V8-power levels to the table, thanks to the company’s SC410 package. Best of all, according to Callaway, the truck still keeps its factory warranty.

Chief among the latter would be the “Callaway Low Restriction Exhaust System,” as the new sound coming from the powerplant is going to be a major hint that something changed with the Colorado. That’s because Callaway is only making use of subtle visual flourishes for the build – dedicated badging, door sill inserts, new key fobs, or a bespoke plaque with VIN that’s placed under the hood.

There’s no word on actual pricing, but the Colorado SC410 upgrade can be ordered by interested customers and Callaway promises a supplementary three-year 36k mile warranty on top of the official one from General Motors. 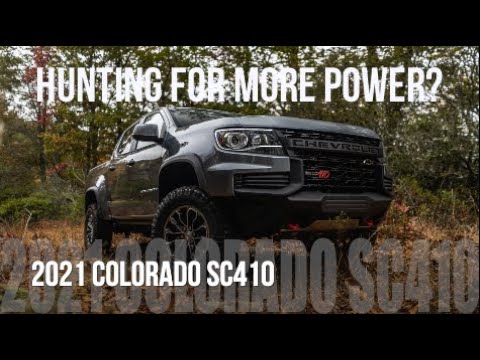