4 Super73 Custom SantaBike Makes for One Good-Looking Santa Sleigh, Has a Gift Bag, Too

Super73 Upgrades Its Iconic Z1, Turns It Into a Fun Neighborhood Explorer

Just in time for the warmer season, California-based Super73 has announced its new "neighborhood explorer." Called the Z-Miami, this e-bike features an improved motor, a new aluminum alloy frame, a durable battery, and it comes with a whole new color palette to fit everyone's taste.
11 photos

The team from Super73 upgraded its classic Z1 and turned it into a fun commuter. The new Z-Miami weighs 59 lbs (27 kg), and it comes with an all-new lightweight aluminum frame with improved ergonomics. The bike now rides on 20×4" Trooper street tires and has significantly more power than its predecessor.

It's equipped with a brushless DC hub motor that is capable of delivering 1200W of peak power. That's enough to take the machine to a top speed of 28 mph (45 mph). The Z-Miami also features a new 615Wh battery that gives it more than 30 miles (48 km) of range at 20 mph (32 kph) under throttle-only operation.

When you run out of e-juice, you can easily charge the battery with any standard 110V outlet. Super73 adds that this model has a removable battery, which makes it easier to recharge between rides.

The bike can also cover longer distances with the ECO pedal assist mode, which can be selected from the LED Display mounted on the handlebar. There are also three other modes that you can choose from to fit your riding style: Tour, Sport, and Super.

Just like its predecessor, the new Z is a Class 2 street-legal electric bike. That means you don't need a license, insurance, or registration to ride it across the city.

Available in four different colors, namely Prickly Pink, Panthro Blue, Siracha Red, and Powder Grey, the new Z-Miami is priced at $2,195. The bike can already be ordered from the Super73's official website. Check out the video down below to see what the Z Miami is all about. 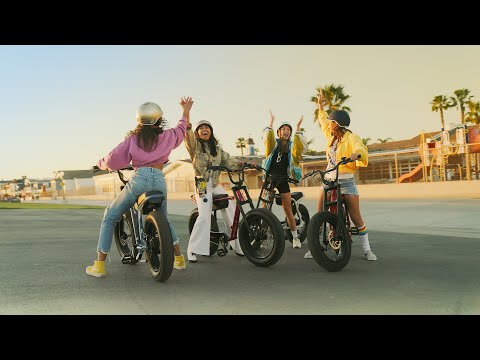