2 Largest Cruise Ship in the World by Gross Tonnage Arrives in the U.S. Ahead of Its Debut

3 Royal Caribbean's Newest Cruise Ship Was Finally Delivered, It Is the World's Largest

5 Royal Caribbean's Navigator of the Seas Returns to L.A. With $110M Worth of Upgrades
Car video reviews:
Up Next

Someone Watched Too Many Ford Commercials, Killed a 2021 Bronco in a Mud Excursion

Going on an exotic cruise might not be everyone’s idea of a perfect holiday, but for “Super Mario” it’s a way of life. That’s not just a way of speaking: Mario Salcedo, also known as “Super Mario” or “King of the Seas,” has been living on cruise ships for more than 23 years.

His story is the kind of stuff that could make one reevaluate priorities and life beliefs, or at the very least, offer an alternative lifestyle for those looking for it.

“Super Mario” is a former financier from Miami, Florida, who burned out at 47 and retired early because of it. The fact that he would often travel to vacation destinations to do business also contributed to his decision to pack everything up and leave his former life behind, he said in an older interview.

Mario Salcedo became worldwide famous in 2018, when his story was the focus of the third short film / op-doc by director Lance Oppenheim for the New York Times. You can see the video at the bottom of the page: it’s called Meet the Happiest Guy in the World, paraphrasing Mario’s own statement about how he’s the happiest man on earth.

Even if his idea of happiness doesn’t strike a chord with some viewers, Mario is adamant: he is happy. He’s the happiest he’s ever been on land, and proof of that is to be found in the fact that, for the past 23 years, he’s hardly spent more than a couple of days in a row on solid ground. The only exception is the first round of lockdowns, when the cruise industry came to a halt and he isolated to Aruba, at a friend’s beach condo, because it was the next best thing to being out on the water.

So what turned Mario to a life of cruising? It wasn’t the pleasure of the cruising experience as it’s advertised in brochures, that’s for sure, but something more: the desire to live his life as he wanted, by his own rules. Choosing a cruise ship for that seems paradoxical, but in following interviews, Mario explained better how this worked. He’s not a tourist on these cruise ships, so he never mingles with tourists unless it’s for a few minutes of chatting. He doesn’t go on land excursions, doesn’t visit port cities, and doesn’t spend his time gambling.

Instead, he just enjoys himself. Tourists come and go, and he’s always alone – by choice, he says. This means he gets to travel the world, take in the amazing views, and do some light work on the side, to be able to pay for his uncommon (but not unheard-of) lifestyle.

So how has he been able to pay for so many cruise tickets since 1997, when he simply decided this was his ideal lifestyle? The second video below, a newer interview with Alanna Zingano, brings more answers. As a financier, Mario has some money put aside, and he’s been budgeting that so it would last him for all-year cruising. He’s also using his experience as a financier to manage investment portfolios for a series of private clients, and he scores extra perks, such as freebies and price reductions, through his status as a frequent cruise traveler. The fact that he’s pretty much a local celebrity or even a Royal Caribbean mascot probably helps as well.

Mario says he usually travels in an inner cabin, without an exterior view or balcony, because those are too expensive for his budget. The average price for him is $150 per day, to which he adds port taxes and service charges. He lives on a $72,000 annual budget, which includes lodging, food (but no specialty dining), basic beverages, all entertainment, and unlimited use of the facilities, including jacuzzis, pools, and gyms. That’s still far less than he would have to pay to live in assisted living, which is $100,000 per year on average. As a bonus, he gets to meet new people every other week, to see new places, and to work remotely in a luxurious floating hotel – “floatel,” as he calls cruises.

Mario is not married and he doesn’t have children. He’s the first to admit that he would probably not be living the way he is if he had a family, and he’s aware that his lifestyle can’t possibly suit too many people. Some might consider even a five-day vacation on a cruise ship living hell, while many others wouldn’t even dream being cooped up in a windowless cabin for weeks on end. But it works for him and he’s happy, having done away with all the non-value things in life, like laundry or taking out the garbage. He’s the happiest guy in the world, if you ask him. 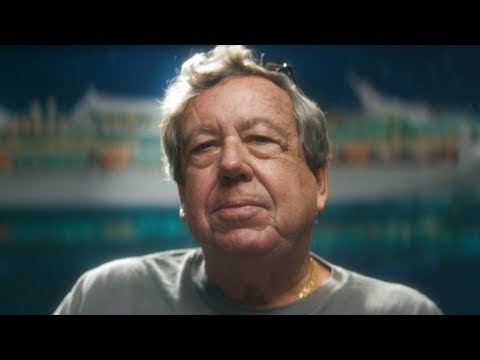 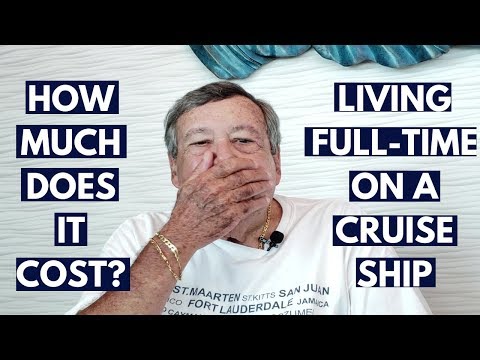